Throughout the 20th century, social history has been a leading and maybe the most innovative form of historiographical practice. It has been broadly defined and has actually welcome many and different proposals. Were they to be reunified under the blueprint of «the history of society» as E.J. Hobsbawm confidently suggested it in a celebrated essay of 1971? We may doubt it. During the following years, a number of criticsm were expressed. On the one side, the multiplication of new objects and approaches were seen as a risk of abusive fragmentation of «the social». On the otherside, the predominance of sophisticated treatments of the data was denounced as an impoverishment of what was truly at stake in social life. Different proposals, such as microhistory in Italy, Alltagsgeschichte in Germany, and more generally an anthropological and pragmatic turn in historiography, may be understood as as many tentative answers to those questions. The notion of «sociability» has been at the core of such proposals. Where the social was usually supposed to be existing as such, it questions the reasons and the forms through which social actors gather and eventually do things together 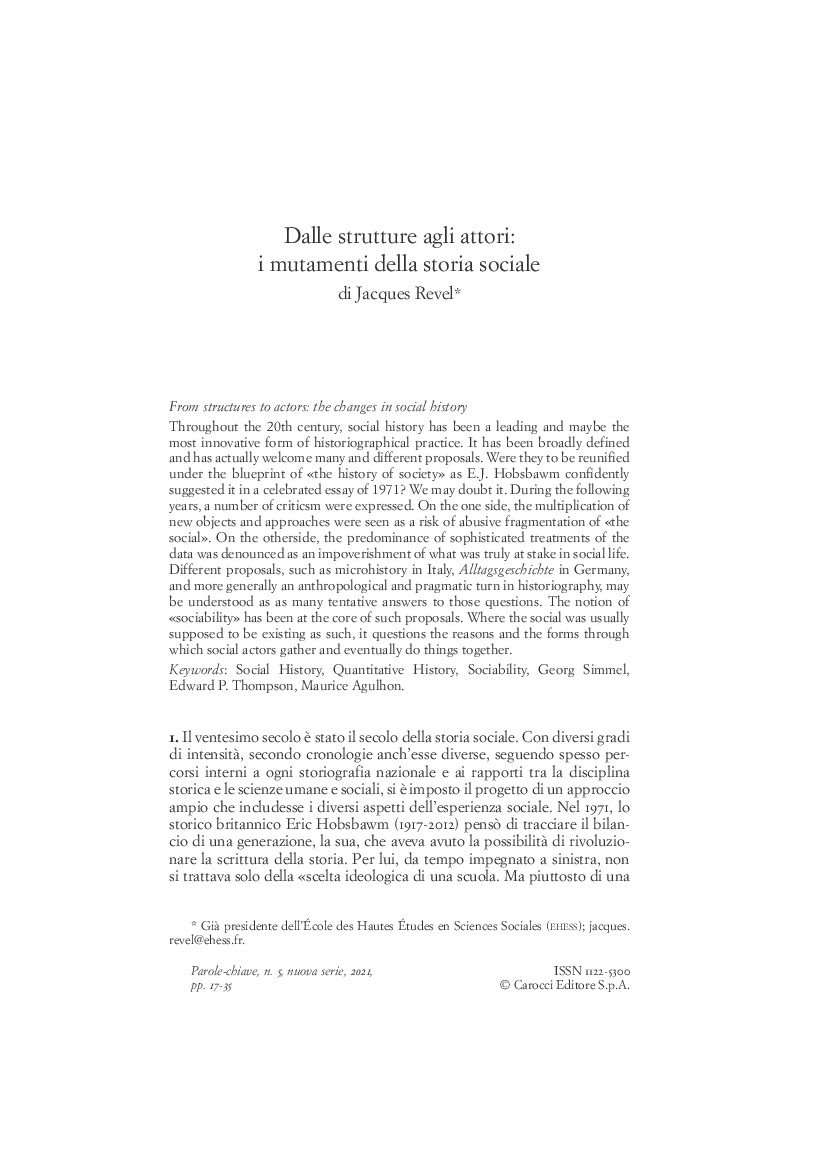