This article deals with the transnational surveillance network on seasonal migration flows between the two neighbouring states: the Napoleonic Empire and the Kingdom of Italy during the political conjuncture of -. The aim of this study is to reflect on the concept of “temporary minorityµ, using the writings of the authorities responsible for controlling seasonal workers. The article also reflects on the role played by the Italian consulate in Tuscany, monitoring cross-border mobility on both sides of the border. Finally, through the analysis of cross-border mobility control devices, I highlight the wide range of surveillance measures that the Italian diplomatic mission used in the Tuscan departments annexed to the French Empire, in order to consider the activities of policing exercised by consular personnel. 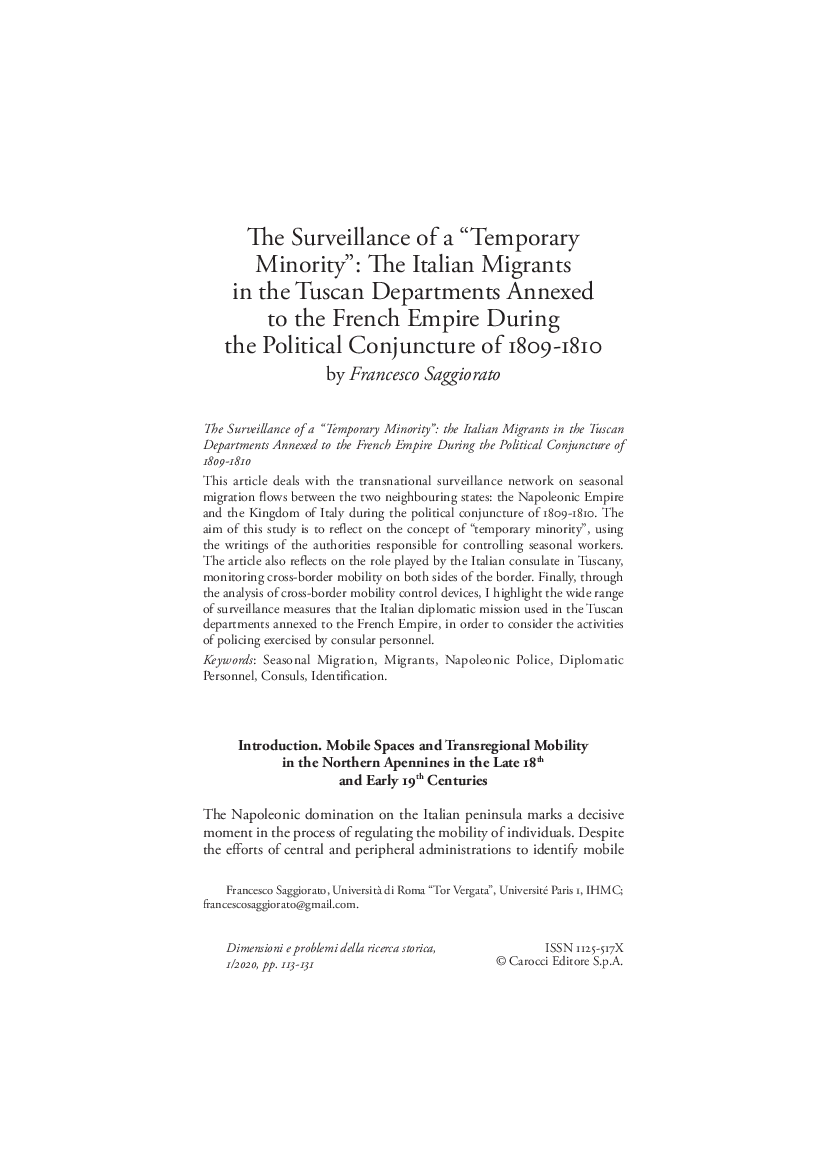