Girolamo, or Gilmo, Arnaldi (1929 to 2016) was certainly one of the most important mediaevalists of his generation. It suffices to record that for almost twenty years (1982 to 2001) ha was president of the Istituto Storico Italiano per il Medio Evo. The Department of Storia. Culture. Religioni, as it then was, dedicated to him a day of study on the 16 December 2016. The aim of this was to reconstruct, through detailed research and personal memories, his activity over thirty years with the Faculty of Lettere e Filosofia of the Sapienza University. Some of the contributions presented on that day are now being published. As well as illustrating his importance as a teacher, reconstructed from his archives and the testimony of those who knew him as a professor, his work as President of the Commission for the history of the University of Rome was presented. Also illustrated was one at least of the major themes of research - the papacy of Gregory the Great - which for years nourished his teaching and academic dialogue with colleagues. 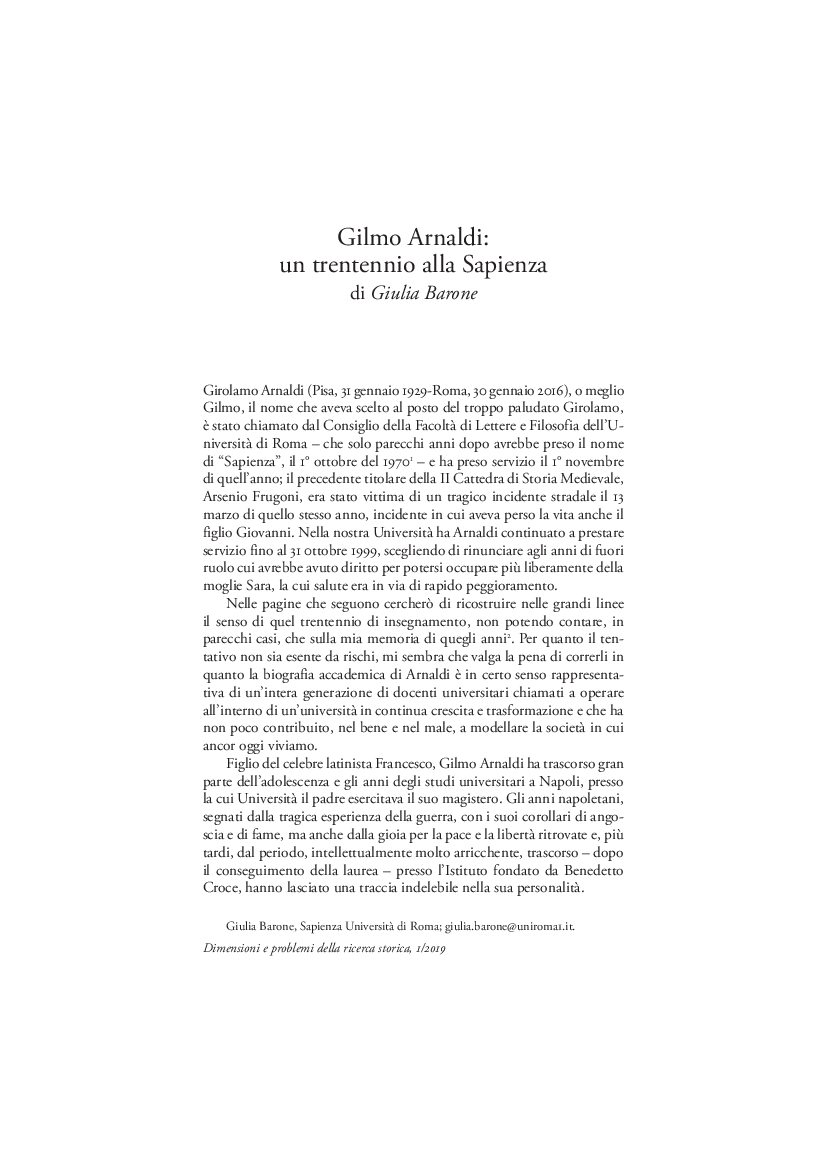