In 1531 the Spanish crown obtained from the Pope the right of patronage over all Sardinian dioceses, with the consequent privilege of appointing bishops, whose political role was considered essential for controlling that distant land. The archdiocese of Cagliari was the most extensive of the island, located in the capital city and of special strategic importance. Its archbishop was usually a Spanish ecclesiastic close to the royal court. Some of these bishops, conscious of the value of art as an instrument of power and self-assertion, promoted important artistic commissions, especially during the seventeenth century, when Cagliari's cathedral was decorated in Baroque style. It is within this context that the figure of Archbishop Diego Fernández de Angulo (1676-1683) should be inserted. He was one of the most important clerics in the history of Spanish Sardinia as he was also viceroy of the island. In 1683 he commissioned an imposing chapel dedicated to the Immaculate Conception and to St. Isidore, conceived of at the same time as a "pantheon" to perpetuate his own memory. The essay investigates the iconological interpretation of the chapel, analysing Angulo's ecclesiastical and political career and the role he played in promoting artistic and devotional exchanges between the centre and periphery of the Spanish Empire. 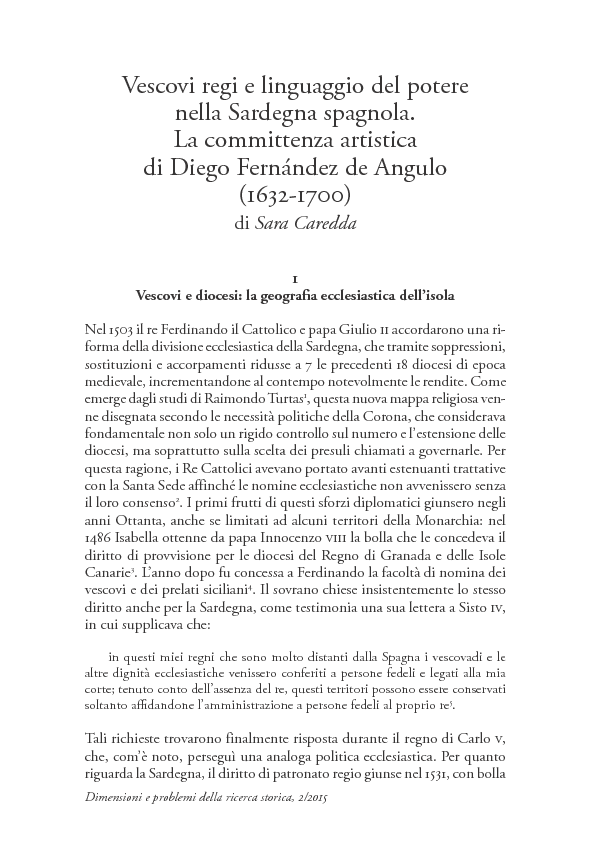