Between the 16th and 17th centuries, the Papal State sought to drain all the marshes within in the boundaries of its domains (the wetlands of Bologna and Ferrara, the Chiane, the Paludi Pontine), also using foreign skilled workers, not a new solution for the Popes. One little known case was that of Dutch engineer Nicolaes de Wit, promoter of a complex land reclamation and colonization plan for the Pontine Marshes, which even included setting up a shipping company. De Wit brought with him his knowledge of water management, a specific legislation, a skilled workforce and new forms of financing, but he also adopted the organization typical of the Dutch "onderneming" (in use for years in Dutch reclamations). He also drew up a settlement plan for Dutch Catholic refugees in the reclaimed lands. 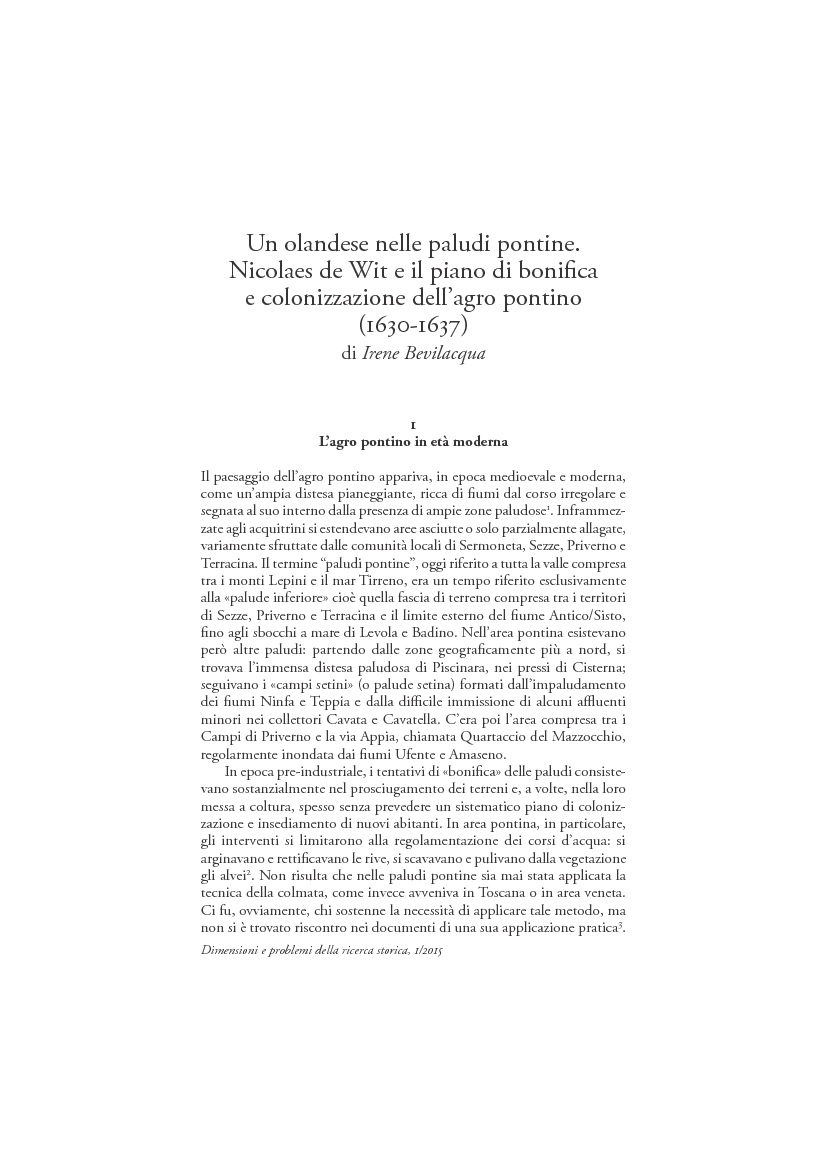