In Italy in the 1870s, government inquiries and parliamentary discussions highlighted the problems of the industrialization process, including the absence of protective laws on child labour. In particular, the Committee for Industrial Inquiry, visiting Sicily (1873) was affected by the dramatic condition of the carusi, children employed in sulphur mines and involved in the transport of the mineral from the mines to the surface. Concluding the investigation on Sicily conducted along with Leopoldo Franchetti (1876), Sidney Sonnino invoked protective laws against the exploitation of the carusi, while, at the same time, the parliamentary committee of inquiry on public order in Sicily was more sensitive to the owners’ arguments against setting legal limits to the employment of carusi. 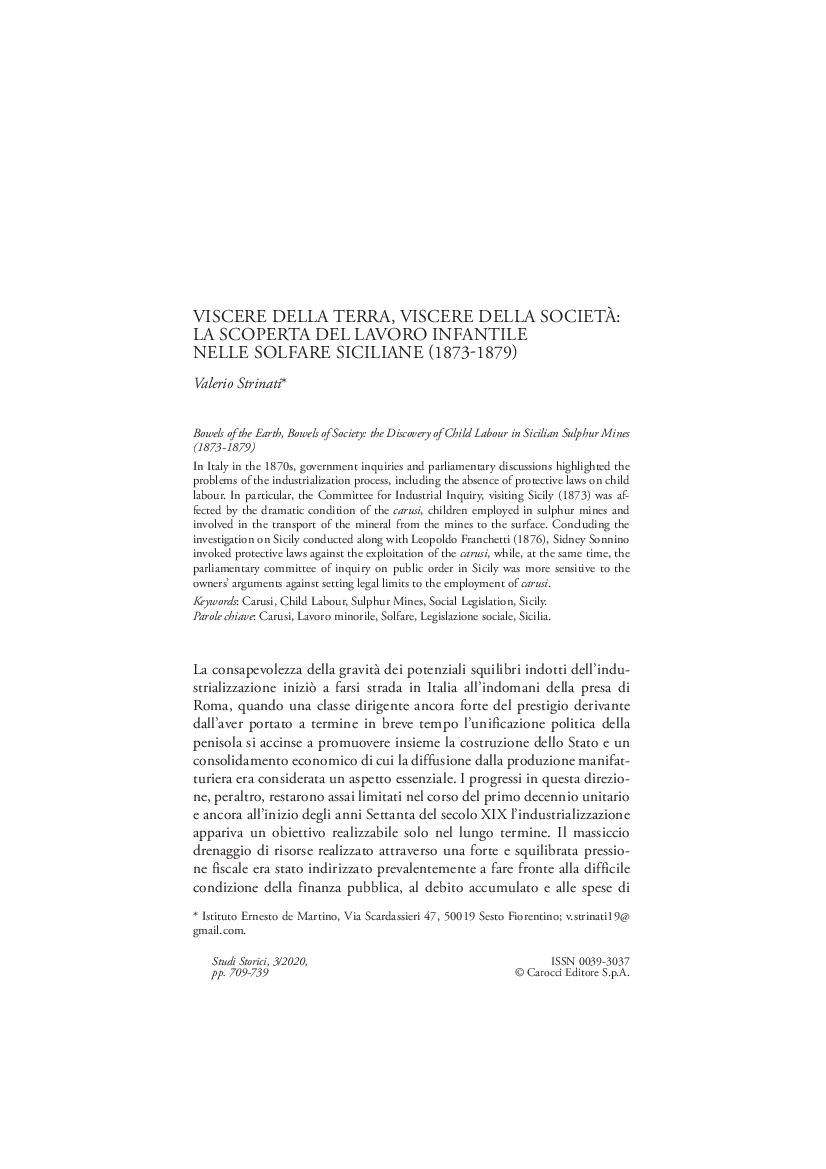