This article deals with the debate on foreign workers’ housing conditions within the European Economic Community from its establishment until the mid-1970s, a topic thus far scantly investigated. The research aims to assess to what extent EEC politicians and public officers were influenced by opposing views on migration issues in the member states and national stereotypes, focusing on two surveys carried out on behalf of the European Commission, respectively, in 1959-1961 and in 1974-1975. The contribution applies an interdisciplinary perspective, by reference to models and concepts developed by the social sciences, in order to overcome the limits of an exclusively descriptive approach and provide a broader key to interpret EEC migration policy over the long term. 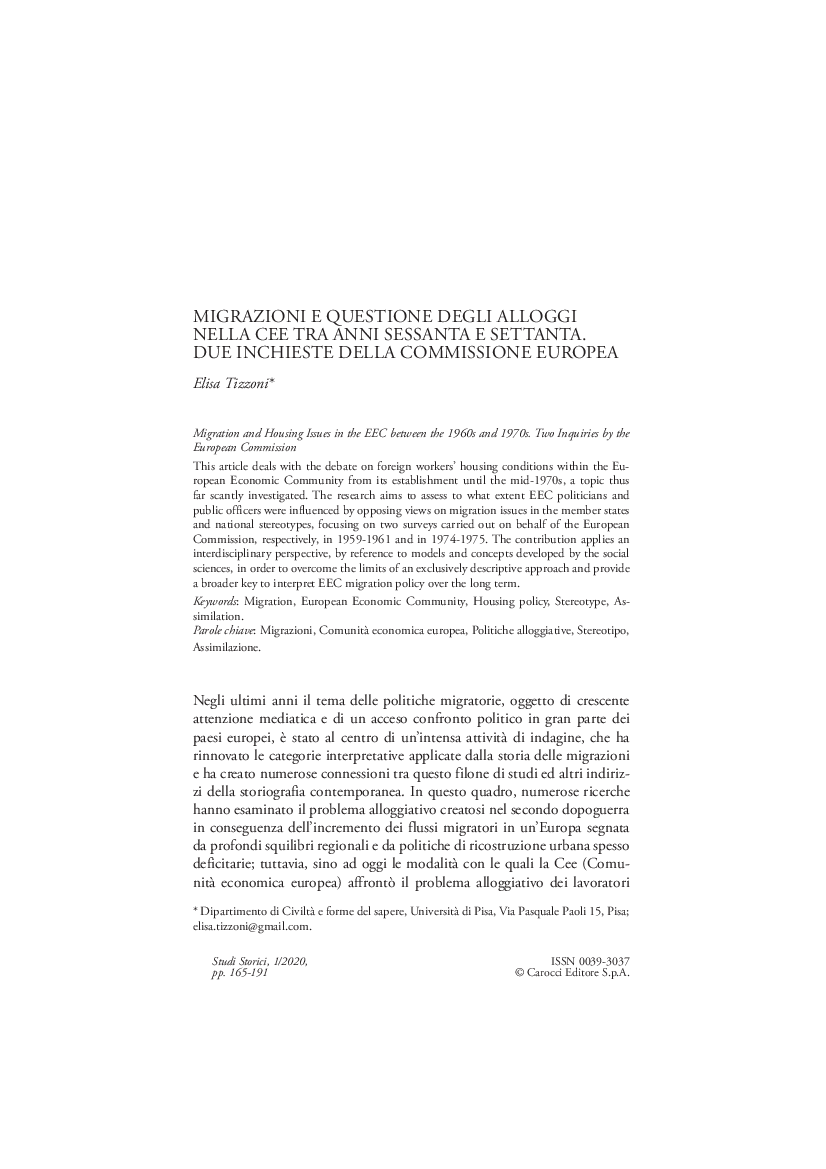