This essay retraces the long path that led, in December 1978, to the birth of the Italian National Healthcare Service (SSN). At the time, after the British National Health System, this was the only universal healthcare system in non-Socialist continental Europe. It was a tax-funded healthcare system for all citizens, that concretely applied article 32 of the Italian Constitution, thirty years after it came into force. The institution of the SSN was the culmination of twenty years of proposals and debates involving numerous political and social actors. As early as the end of the 1950s, the Italian Communist and Socialist party, as well as the trade unions - CGIL especially -, were involved in this process. Physicians, too, played a key role. Figures such as Giovanni Berlinguer and Giulio Maccacaro were engaged not only in denouncing the obsolete institutions - and principles - of the Country's healthcare landscape, but also in a profound rethinking of the relationship between medicine, science and politics. 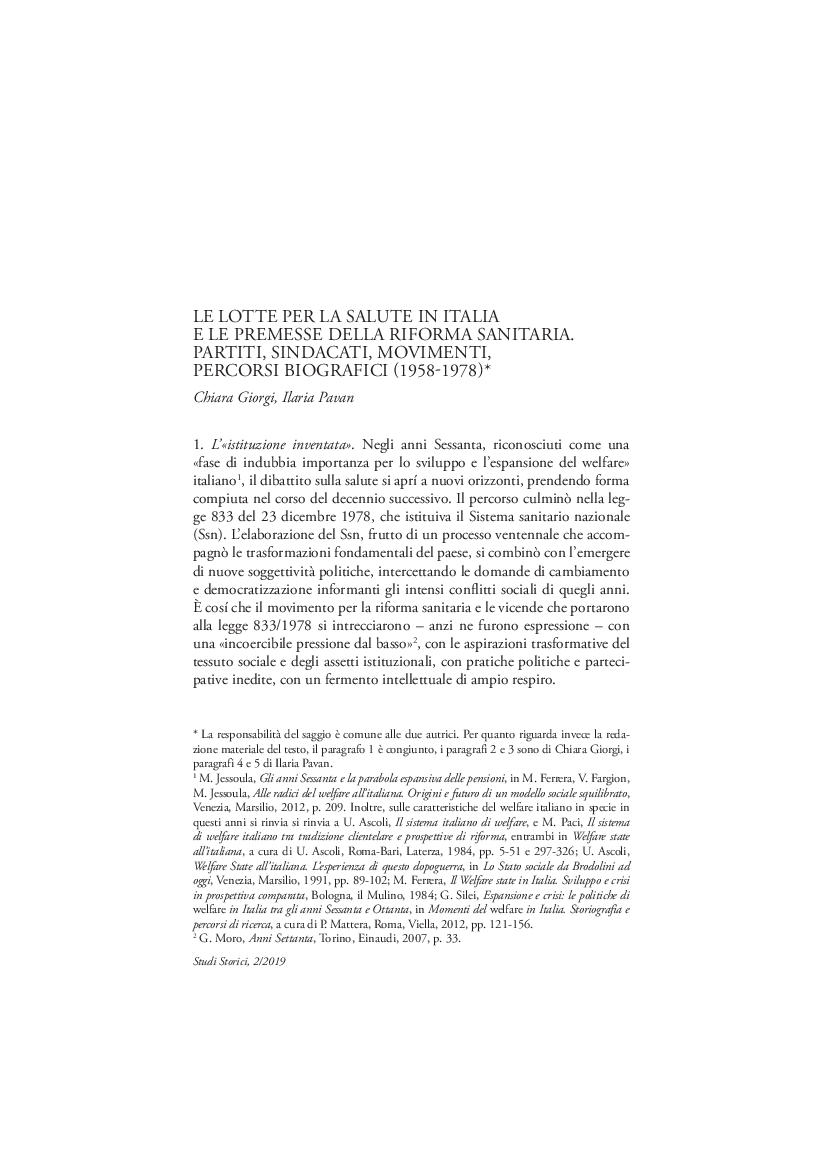