Can Italian female philanthropy in the second half of the 19th century be qualified as «patriotic»? To answer this question, this article focuses on two institutions founded and directed by Laura Solera Mantegazza, a well-known democrat from Lombardy: "Pio istituto di maternità per i bambini lattanti e slattati di Milano" (1850), where poor children were taken care of while their mothers were at work; and "Associazione di mutuo soccorso per le operaje di Milano" (1862), whose aim was to help and educate working-class women. Putting Mantegazza's case in a national and international perspective and using different types of sources, this essay will show how, in the 1830s, women's philanthropy began to be considered as a patriotic activity, leading to further developments. The composition and ideals of the Milanese network show that those institutions were regarded by the aristocratic and bourgeois women involved as an important opportunity to prove their patriotism by improving the workers' living conditions and making them part of the Italian national community. 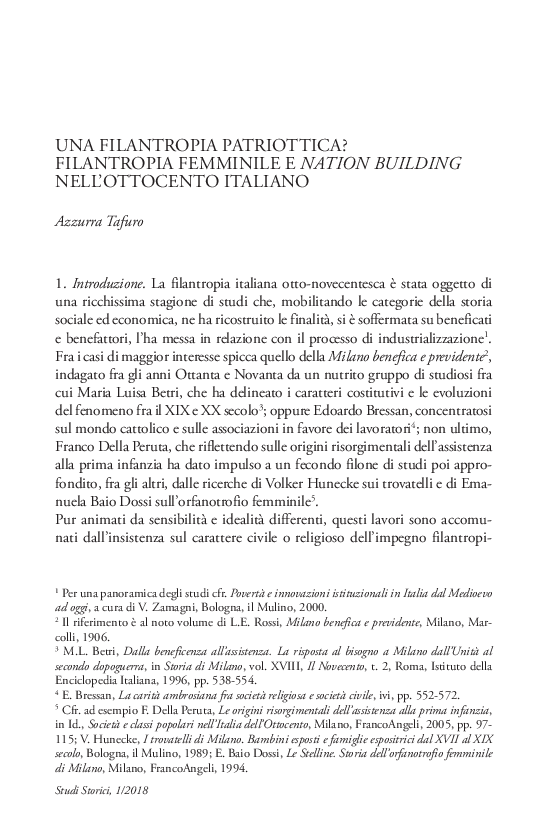