The biography written by Daniele Pipitone about Aldo Garosci, edited by Franco Angeli, 2017, is a good work, that restitutes not only his familiar identity in Turin, but also his studies till to the discussion of a thesis with Gioele Solari, great professor in the faculty of law, master not only of Garosci, but also of Norberto Bobbio, Luigi Firpo and Alessandro Galante Garrone. Precocious antifascist,he escaped by chance to the fascist police, emigrating in France, where he met Lionello Venturi and his son, but also Carlo Rosselli and Leo Valiani, all founders and militants in "Giustizia e Libertà". After Resistance,he was engaged not only in politics in the "Partito d'Azione" and after its end, as social democrat, but also as memorialist and historian of the past that he had lived. Professor of the University of Turin, History of Risorgimento, after the great Walter Maturi, preferred Rome and the chair of Political thinking, continuing to be an hard anti-communist and a defender of the State of Israel, choices dominant his writings as publicist and above all memorialist. 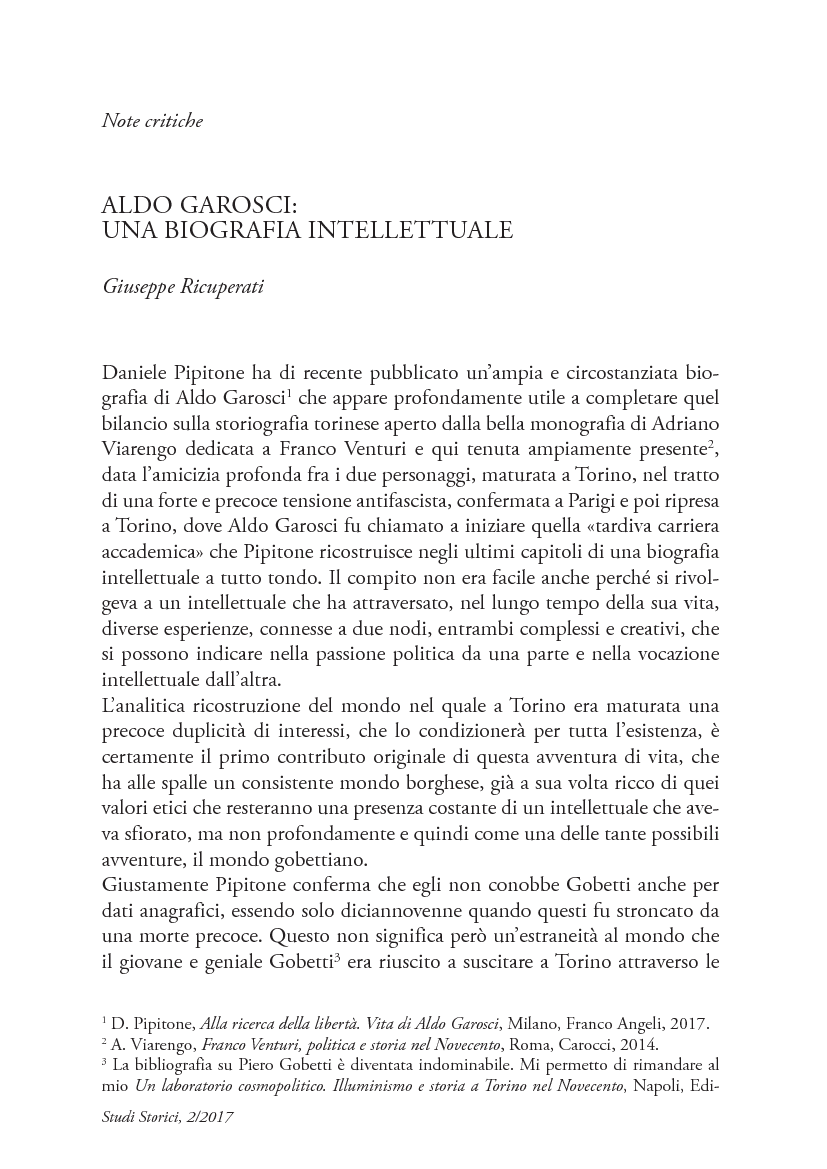