This essay deals with the notes on architecture in Antonio Gramsci's "Prison Notebooks". After a philological and textual analysis to identify their possible sources and implicit references, I then propose a more general interpretation, in order to define their position within the framework of the philosophy of praxis. On philological grounds, I argue that Gramsci wrote the notes on rationalist architecture during the month of February 1933; as a consequence of this backdating, I suggest revising the chronology of the entire "Notebook 14" as previously established by Gerratana. On interpretative grounds, I maintain that Gramsci, by writing the notes on architecture, attempts to provide a non-Crocean solution, one based on the «translatability of languages», to the problem of unity and the difference between art and politics, aesthetics and practice. 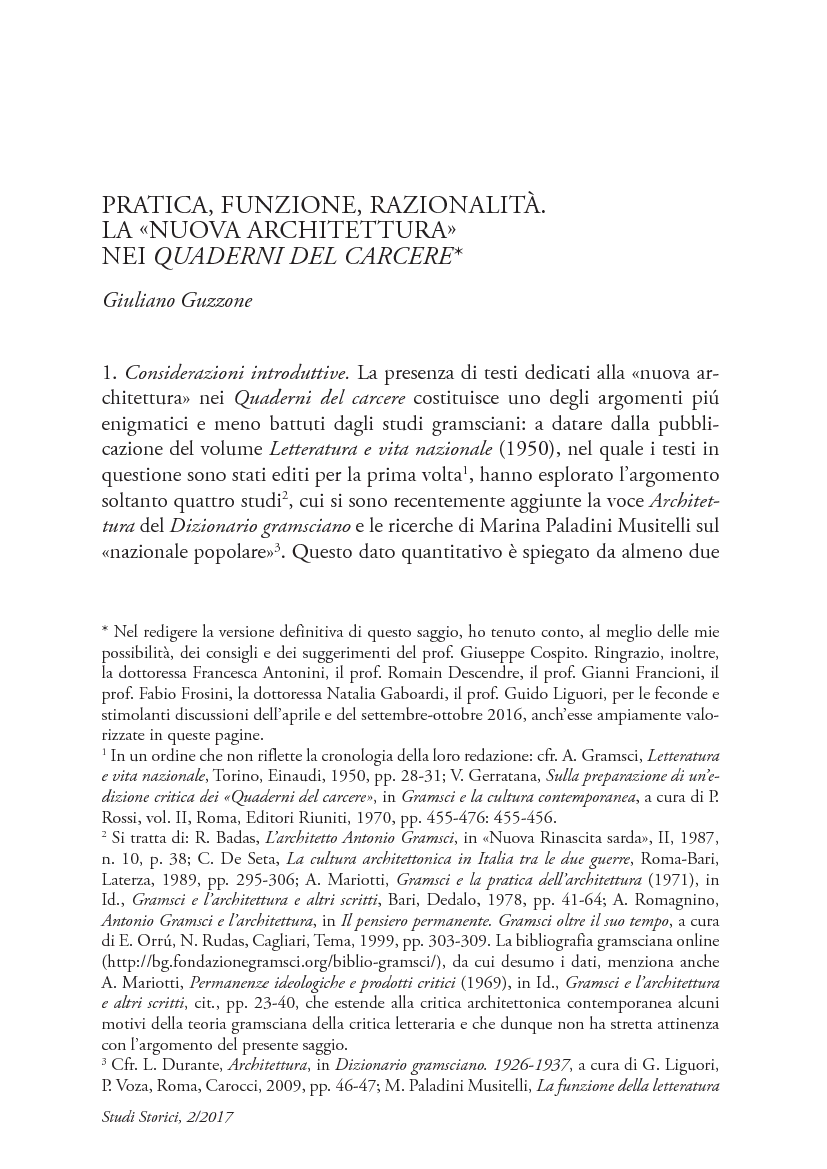