This article analyses the influence of the «myth of Rome» among Italian intellectual and academic élites during the era of Mussolini. As it happened, this myth, which had been the main vehicle of fascist ideology towards the popular masses, affected the scientific writings of an important Venetian jurist and historian, Bruno Dudan (1905-1943), whose work constituted a significant corpus of articles and monographs dedicated to the history of the Republic of Venice and its institutions, with a particular focus on the "Serenissima" 's maritime colonies. By examining these publications' language and recurring themes, an attempt will be made to deconstruct the interpretative pattern adopted by Dudan to justify the original «Romanity» - and the consequent «Italianity» - of the Slavic and Greek territories that had once been subject to Venetian domination and had then become the target of the planned military expansion towards the Eastern Mediterranean pursued by Mussolini's regime. The result of this analysis is an original mythography in some way contradictory to fascist propaganda because of its complex intertwining with Dudan's personal ideals, the spreading Irredentist claims of his era, and the long-standing memories of the «myth of Venice»: along with these elements, in Dudan's view the «myth of Rome» constituted not only an ideological framework but a genealogical background as well. 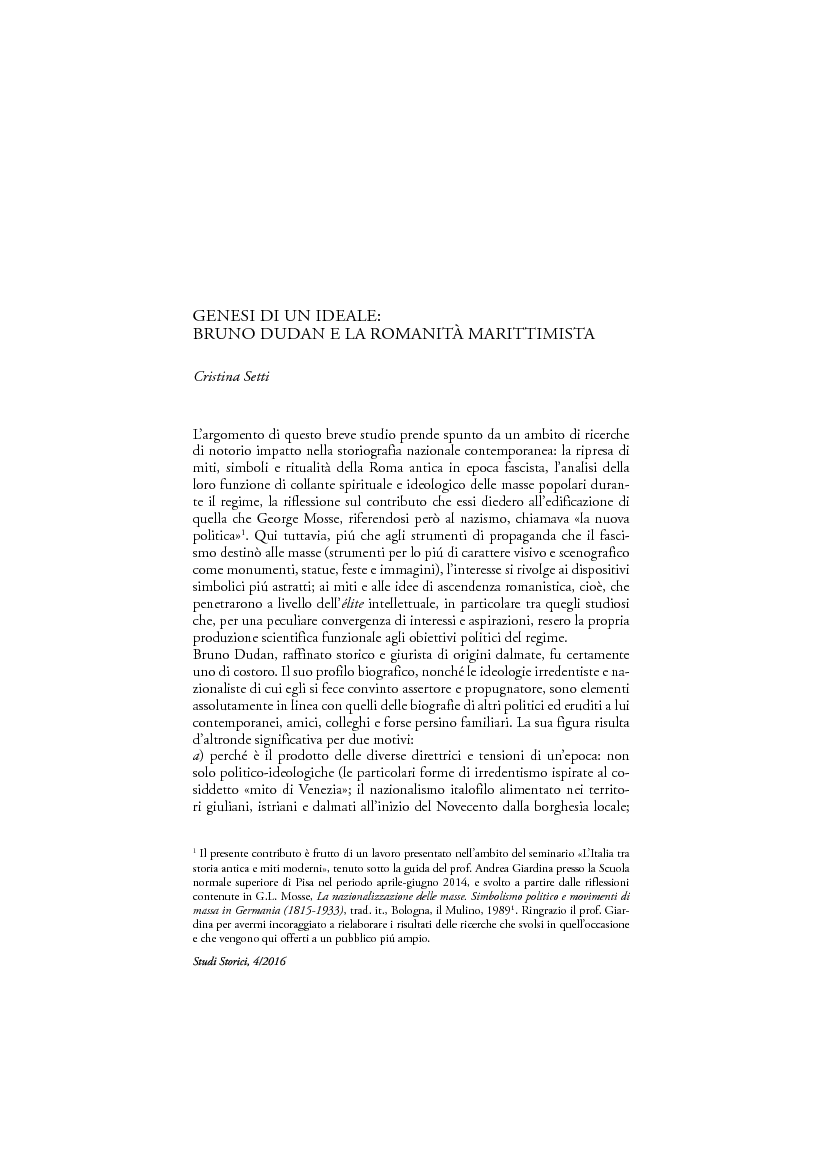