Among the political experiences that arose in Italy at the end of fascism, one of the most interesting was that of the Catholic Communist Movement, later the Christian Party of the Left (PSC), whose leading figures included the philosopher Felice Balbo (1913-1964). Although the PSC dissolved in December 1945, its members' intellectual and political experience continued in a variety of environments and contexts. Joining the Communist Party as did other former members of the PSC (including Franco Rodano, Mario Motta, and Luciano Barca), Balbo was for many years one of the closest collaborators of the publisher Giulio Einaudi. A staunch supporter of Togliatti's programme of «progressive democracy» seeking a non-ideological Marxism, he gradually took his distance from communism after 1948, when the ideological conflict had become too hardened in Italy. The formulation of a new culture could only take place outside of those ideological positions that threatened to bring the country to catastrophe. His intellectual path was expressed through certain journals that significantly marked Italian cultural life between the 1940s and '50s: "Voce Operaia", the PSC's organ, E. Vittorini's "Il Politecnico", "Cultura e Realtà", and "Terza Generazione". The article retraces these steps, taking into account both the context and the cultural significance of the different journals, and Balbo's intellectual progress through them. 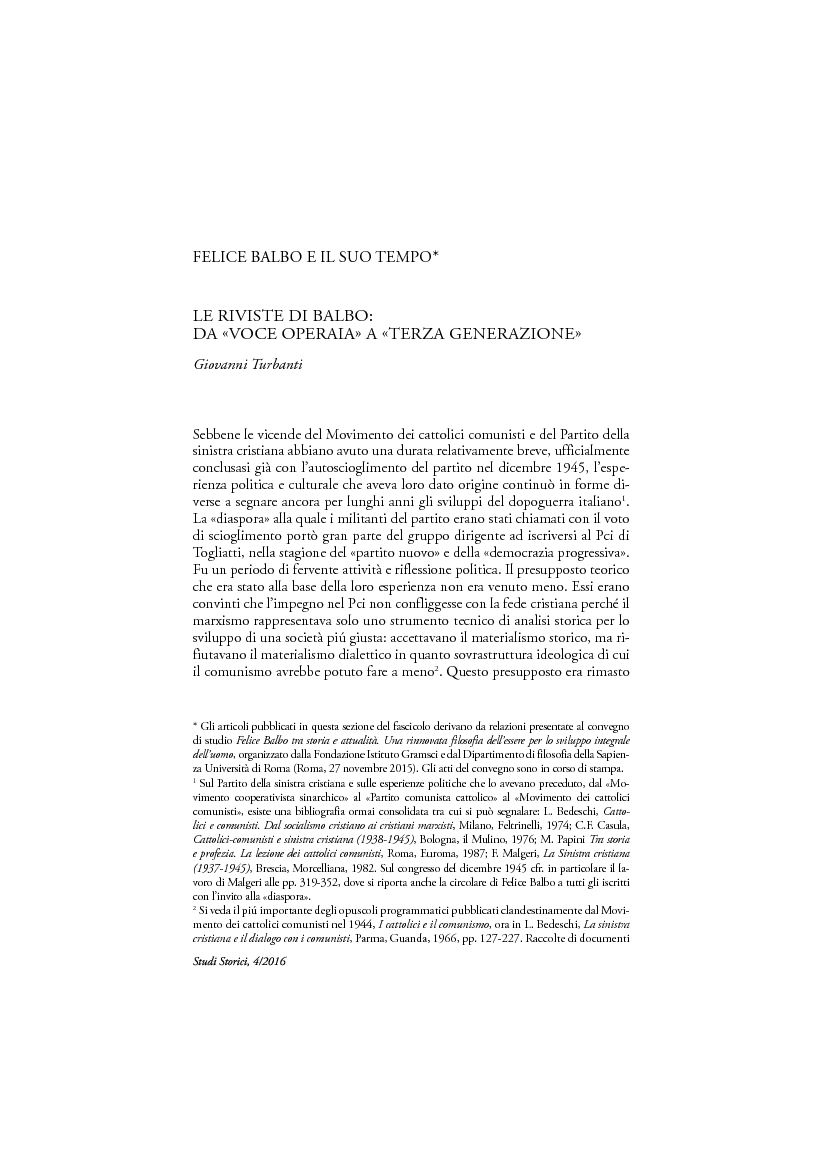