During the 1970s and 1980s, «Popular Culture» was a successful notion, but is now almost entirely neglected, or criticized, by Italian historians. Nevertheless, this refusal is not widely shared: essays and books published in the United Kingdom and the United States draw attention to the idea of popular culture and to the exchanges between highbrow and popular culture. With regard to this research area, it is useful to highlight some other approaches concerning the link between the book and the reader, the scribal culture in contact with print culture and oral culture, and the modes and procedures through which popular knowledge inspire political movements. Lastly, the author disagrees with the idea that «popular culture» is an old-fashioned methodological tool unfit to deal with the new historiographical challenges. 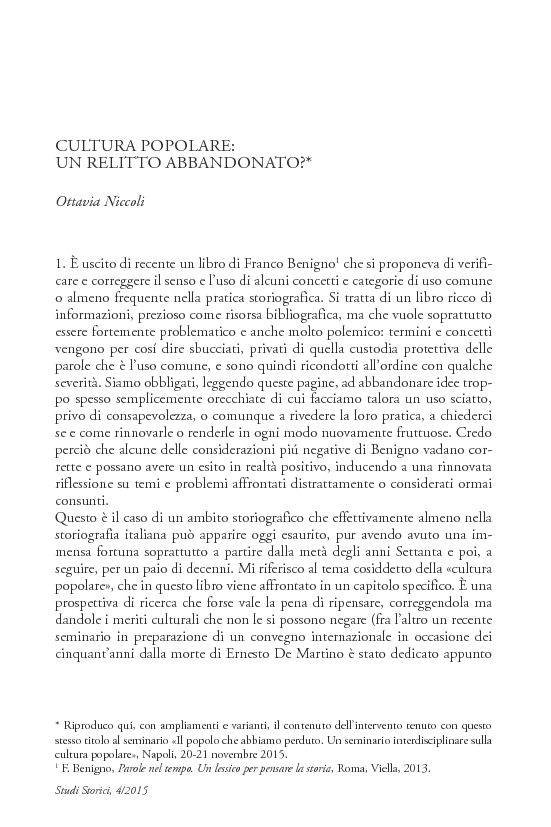