On 15 June 1963, Togliatti published in «Rinascita» an emotional commemoration of don Giuseppe De Luca, who had recently died in Rome. In the article, he remembered meetings and conversations with his late friend, stating that he had discovered, through dialogue with him, «something that was deeper than ideologies, more valid than systems of doctrine»: a «common humanity» to believers and non-believers alike. This paper reconstructs their human and intellectual relationship and focuses on Togliatti's last writings and speeches. The contribution aims at outlining a turning point in the report at the Ninth Congress of the Italian Communist Party (30 January 1960), and analyses the famous speech "On the destiny of man" (20 March 1963), with the maturation of a new attitude towards the religious dimension. Togliatti's meditation showed signs of the new climate inaugurated by the Second Vatican Council, but also revealed deep connections with De Luca's investigation of the history of piety. 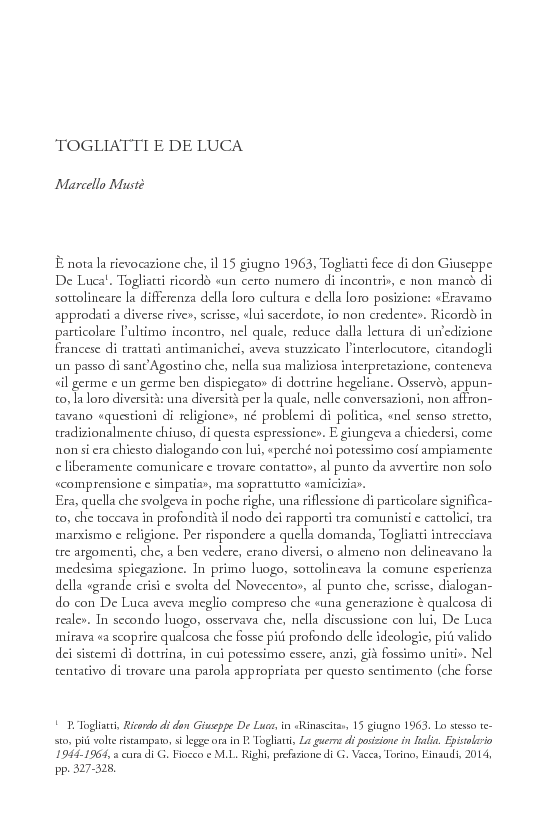