In the renewed studies on Italian fascism, the topics of racism, anti-Semitism, anti- Jewish persecutions and the Holocaust played a major role after the end of the 1980s. In fact, since 1988, the year that marked the fiftieth anniversary of the anti-Jewish laws of 1938, scholars have re-analyzed the role of Mussolini and Italian fascism, rejecting the interpretation of a substantially mild application of racial laws and the myth of «Italian goodness» with regard to the Holocaust. This historical evolution has also been influenced by the international context of historical research and the politics of memory. In this setting, new studies have contributed towards increasing knowledge of the period from 1938 to 1943 and the memory of these events after the Second World War, while there are still some grey areas concerning the period from 1943 until Liberation. 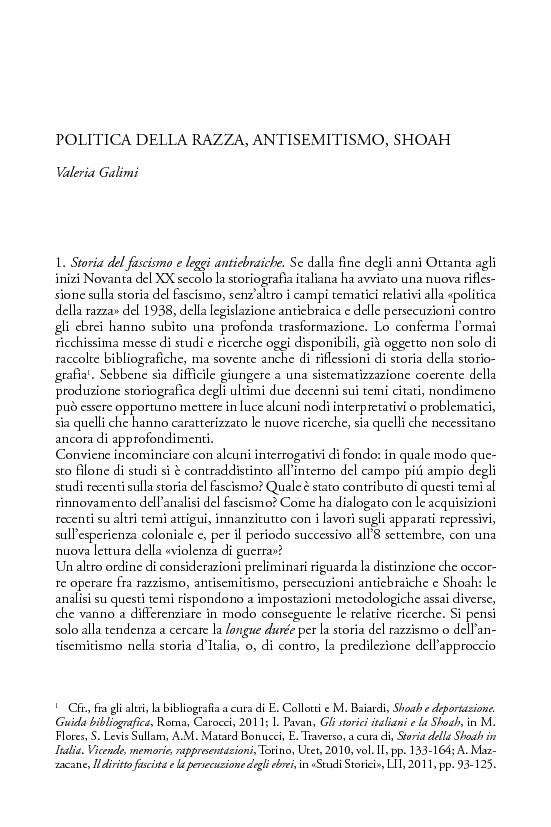