Starting from Cassiodorus' Variae, the paper proposes to provide a systematic, though brief, analysis of the sociological lexicon of late antiquity in the variety of genres in which it is used (religious, literary, legal, etc.). In ancient culture, the sociological plane is intertwined with others (economic, ethical, political) and ancient society is represented as a series of binary oppositions (rich/poor, powerful/humble; aristocracy/common folk). The sociological level therefore cannot be isolated, but may be placed in a context in which it is primarily or secondary to other planes. A distinctive feature of the sociological lexicon in late antiquity is the influence of Christian vocabulary, especially in the characterization of the lower classes, although it interacts with the attitude of ancient culture and gives rise to expressions of censure and contempt, particularly with regard to crime. 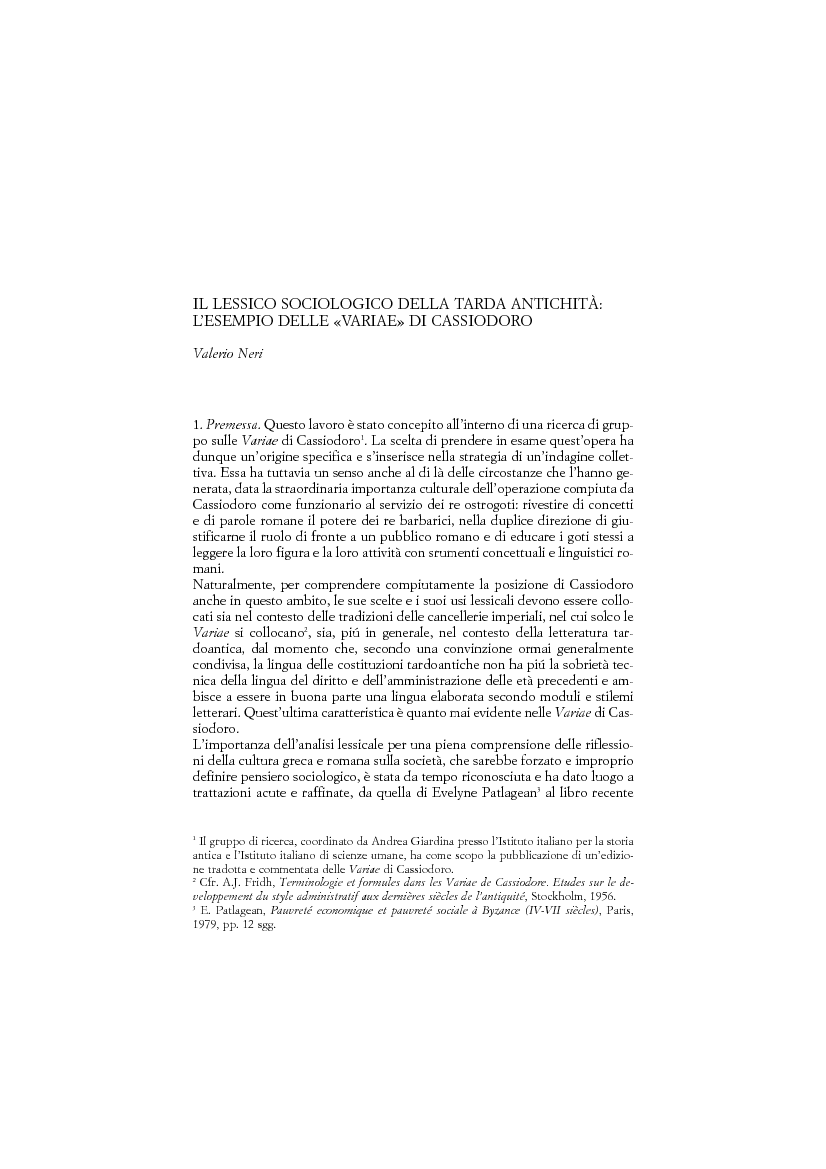