This article deals with the Soviet soldiers captured by the Regio Esercito during the campaign in Russia. While part of a greater, historiographically well-known tragedy – that of the Red Army’s members under the Germans –, the account of the Soviets in the hands of the Italians has only been treated in studies broad in scope. This essay takes into consideration Italian political and military archival sources in order to outline a broad summary of how concentration camps were run, of the prisoners’ living conditions, and of their treatment by the occupying army, in relation to the military events and logistical problems that this war theatre entailed. The study also aims to assess whether, how, and to what degree the Italian Army’s treatment of the Soviets differed from and/or was better than the Wehrmacht’s 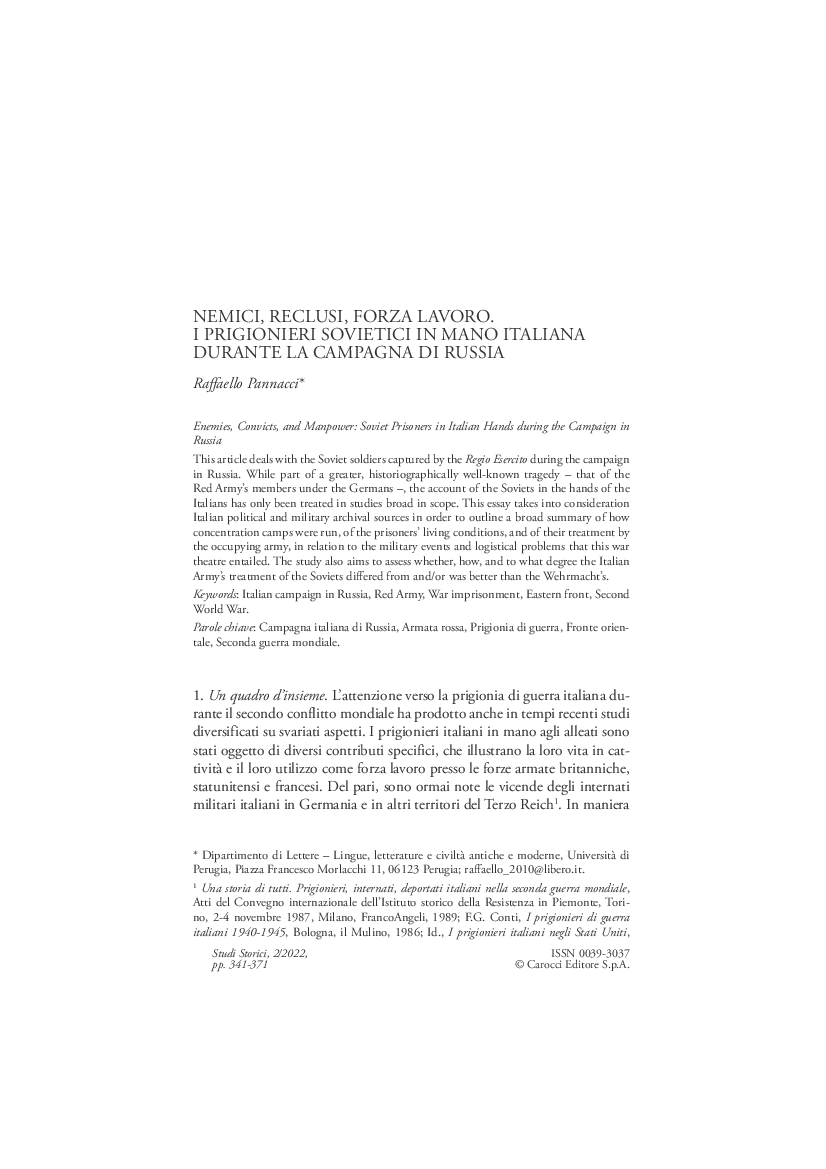