Object of interest to scholars of Futurism and fascism, the short yet eclectic and prolific life of Count Vincenzo Fani Ciotti (1888-1927) – better known as Volt – has often been reduced to the oxymoron of “reactionary Futurismµ as he, in his later years, was to call his own synthesis between Futurist technical modernization and the demands of the traditionalist, monarchist and Catholic “fascist right.µ By analyzing Volt's writings during Futurist “heroic periodµ and his unpublished papers, the article aims to highlight the distinctive features of Volt’s artistic and literary production and the (not seldom progressive) political-ideological messages he tried to convey through it, before he adhered to fascism. 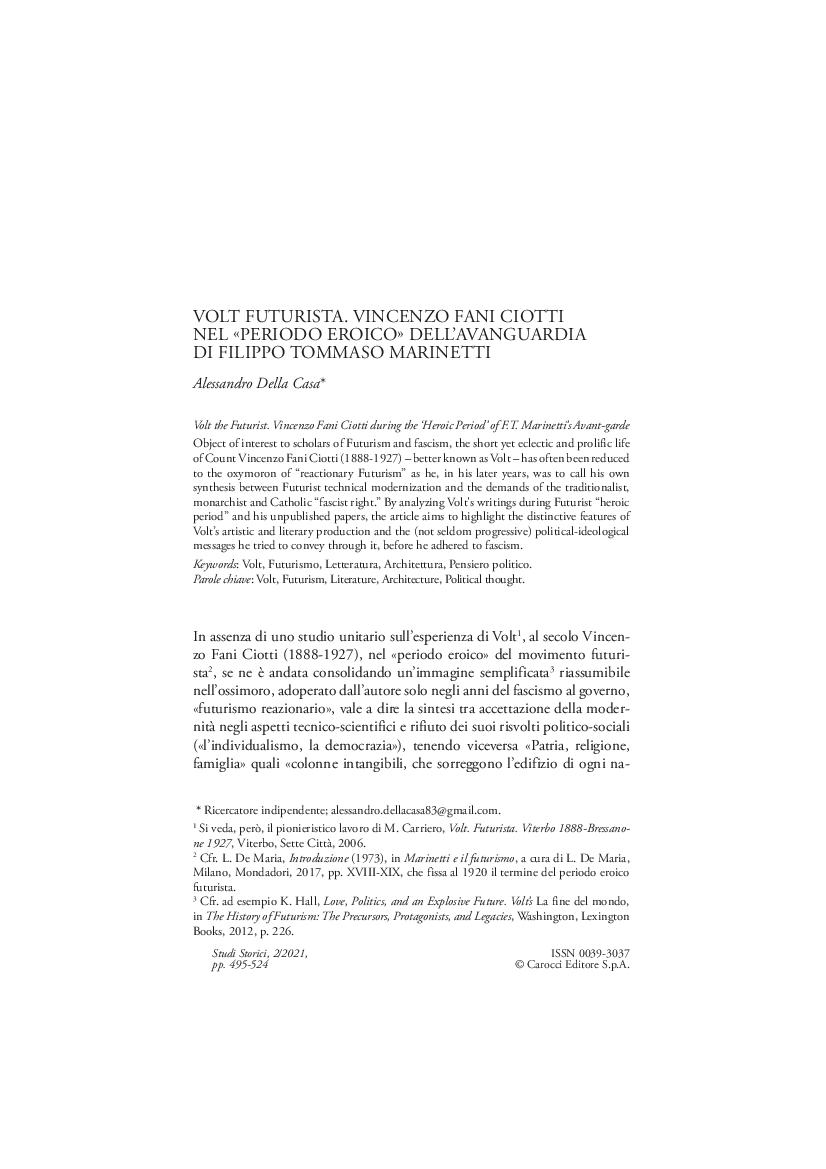