For 150 years, social democracy has confronted capitalism over how democracy and markets should interact. Its characteristics and hegemony (strong between the 1930s and 1980s, and waning since then) should therefore be contextualized as a main element in a «long 20th century» rather than as a by-product of the duel between the USSR and market democracies. Correspondingly, the rising tide of democratic socialism can be explained by its preferability to crisis-ridden «capitalist commodification», while its retreat is chronologically difficult to explain with the USSR’s demise. In this respect, electoral data suggest that first the excessive role given to wages in stagflation and, consequently, the role jointly ascribed by EU rules and «Blairism» to export-led globalization, should be considered central features of the socialdemocratic ebb. 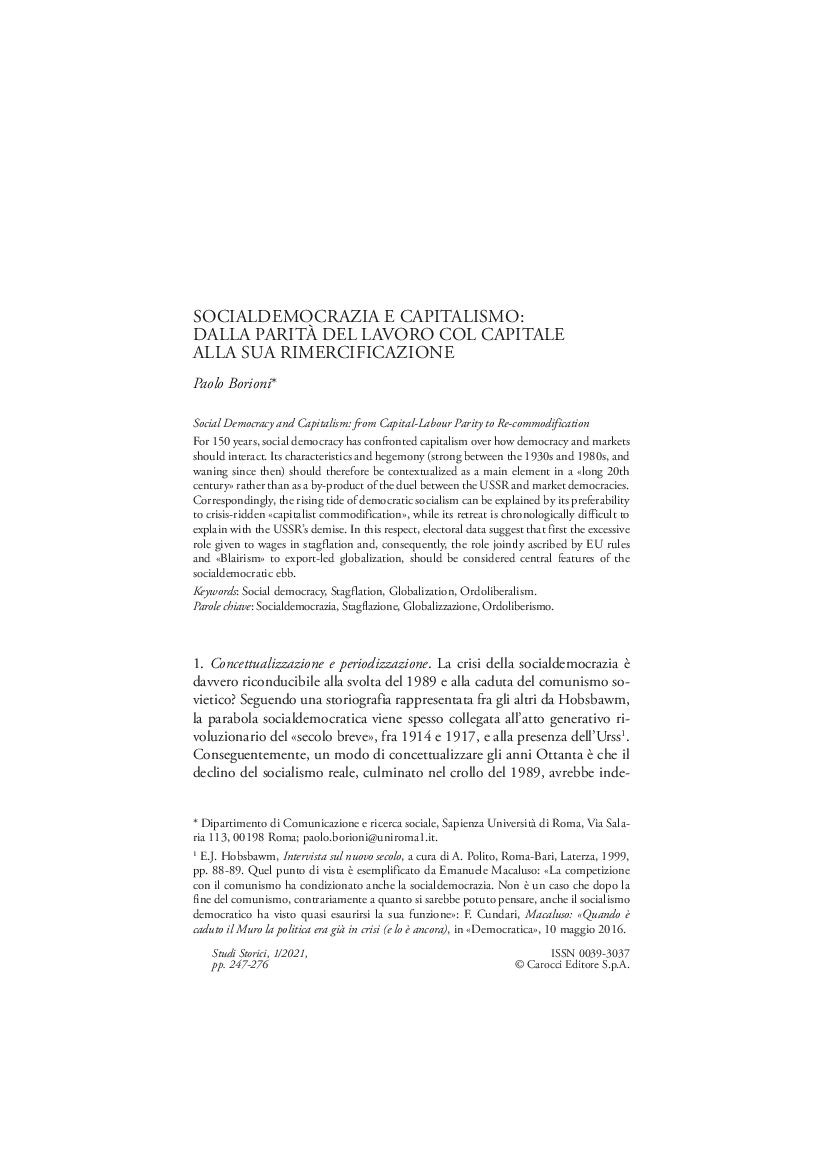