In this article, we will analyze the debate that took place around the assessments that the CIA gave of the economic situation in the Soviet Union, a clearly decisive key to understanding the overall health of the main political-military opponent of the United States. The article will include the discussions that flared up in the American political establishment starting in 1990, after the fall of the Berlin Wall and the initial disorientation due to the loss of the historical adversary of the Cold War. Moreover, the positions taken by sovietologists in these discussions will be evaluated, as well as the role played in these debates by the analysis developed by Soviet economists in the 1980s. We will lastly consider the official response provided by the CIA (a response that, coming only in 2001, was actually rather slow to arrive), aimed essentially at confirming the correctness of its analyses and reiterating that its duties did not include that of predicting the collapse of the Soviet Union. 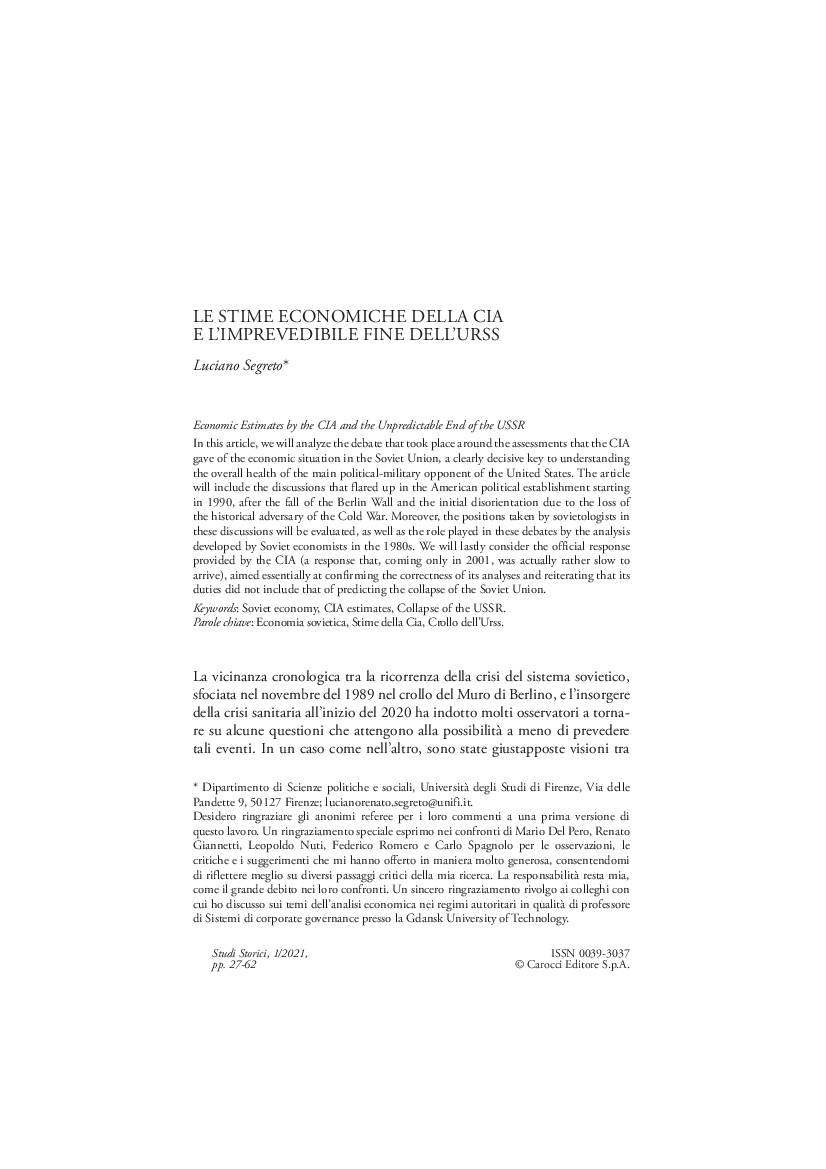