The paper questions the philosophical idea of tolerance, and its legitimate claims, arguing that the tolerant discourse, its emotional tone, is not really able to go beyond the terrain itself where intolerance aligns. Tolerance and intolerance are entangled on a common ground, that of depoliticized politics. After the cold war, the issue of space has superseded that of time, generating a global pressure over bodies, and thus producing a multiplication of places shaking borders and old limits. Beyond tolerance, there is excess, a power of invention that does not suppress identities, differences and cultures: on such a terrain the author maintains there is the possibility for a different politics of 'free acts', a politics of not-yet and becoming based on the power of events such as riots and protests. 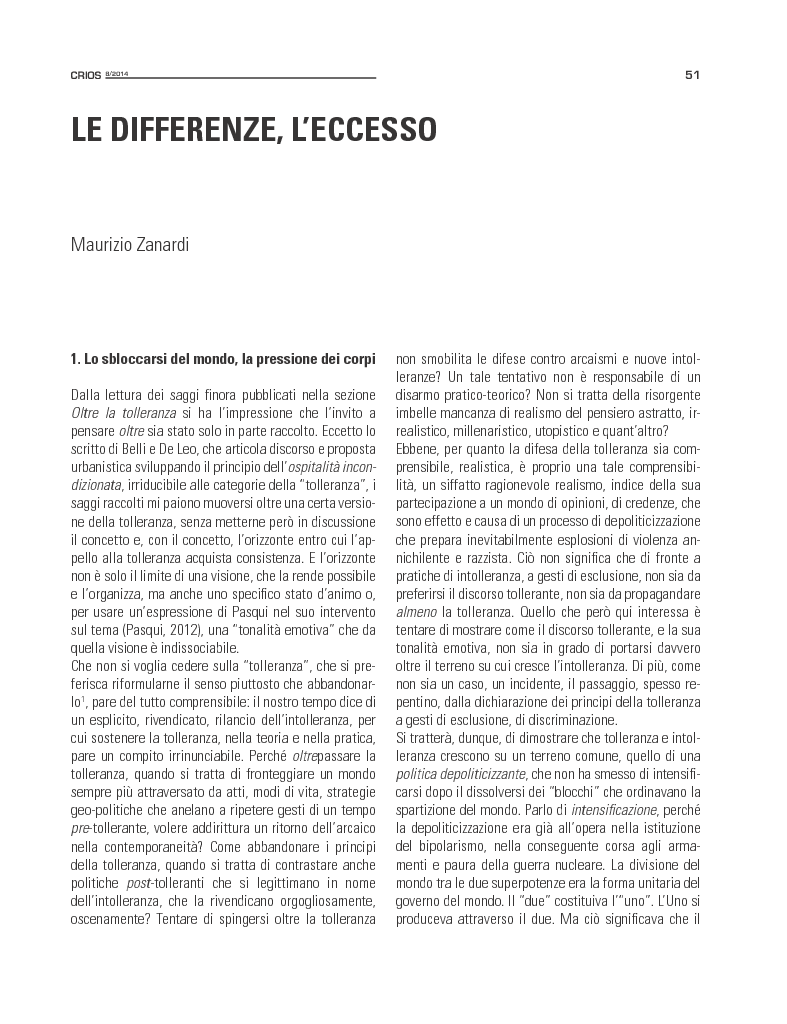