The paper addresses the issue of spatial planning as a normative practice. The author argues that, since its very beginning, spatial planning has been working as a rhetoric of spatial organization functional to politics and capitalism. Any planning decision can only be considered as hypothetical, thus it cannot be fully considered as a normative action, as the law must be provided with certainty of application, whatever the normative context. In addition, plans are conceived as overall regulation schemes, misleading when it comes to unpredictable events, and this, again, downsizes normativity as certainty. The paper proposes, as a way out from such a contradiction, "the statute of places", an alternative mode of planning based on a set of negative norms that local governments and citizens refer to in order to determine, for each and every case at hand, desired transformations according to principles of environmental and cultural preservation. 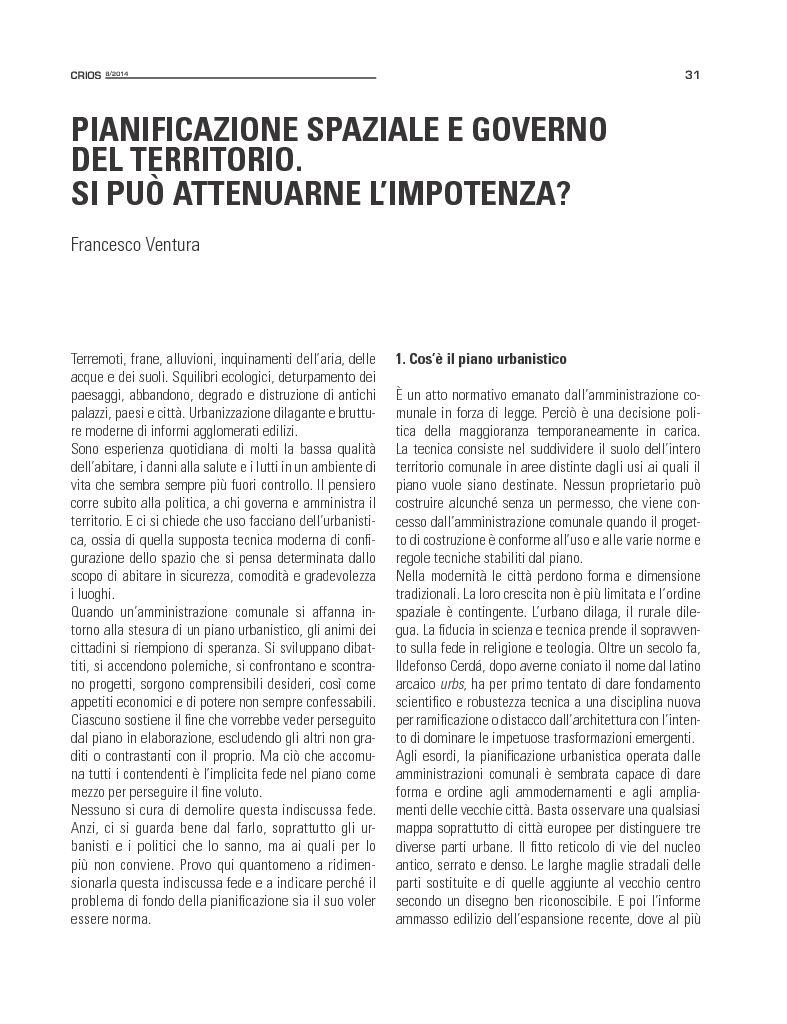