The main aim of the paper is to reflect today, 20 years after the first draft plans and the No-Tav movement avant-garde, on the idea that has driven the post-2005 phase. In particular, the belief that, in order to overcome the impasse and the confrontation attitude, it was necessary to change approach, by also including the affected territories among the relevant actors of the process. A paradigm shift which resulted, later on, in an attempt to develop a "territorial project". Did this action of territorialization of a large transportation infrastructure succeed so far? And, above all, what could we learn from the Susa Valley issue? It highlights the multiple limits of the decision-making and planning process: if properly considered, they could have a relevant impact on rethinking public policies, by closely linking transportation, infrastructural and territorial policies, that nowadays are too disconnected in our country, as this matter shows. 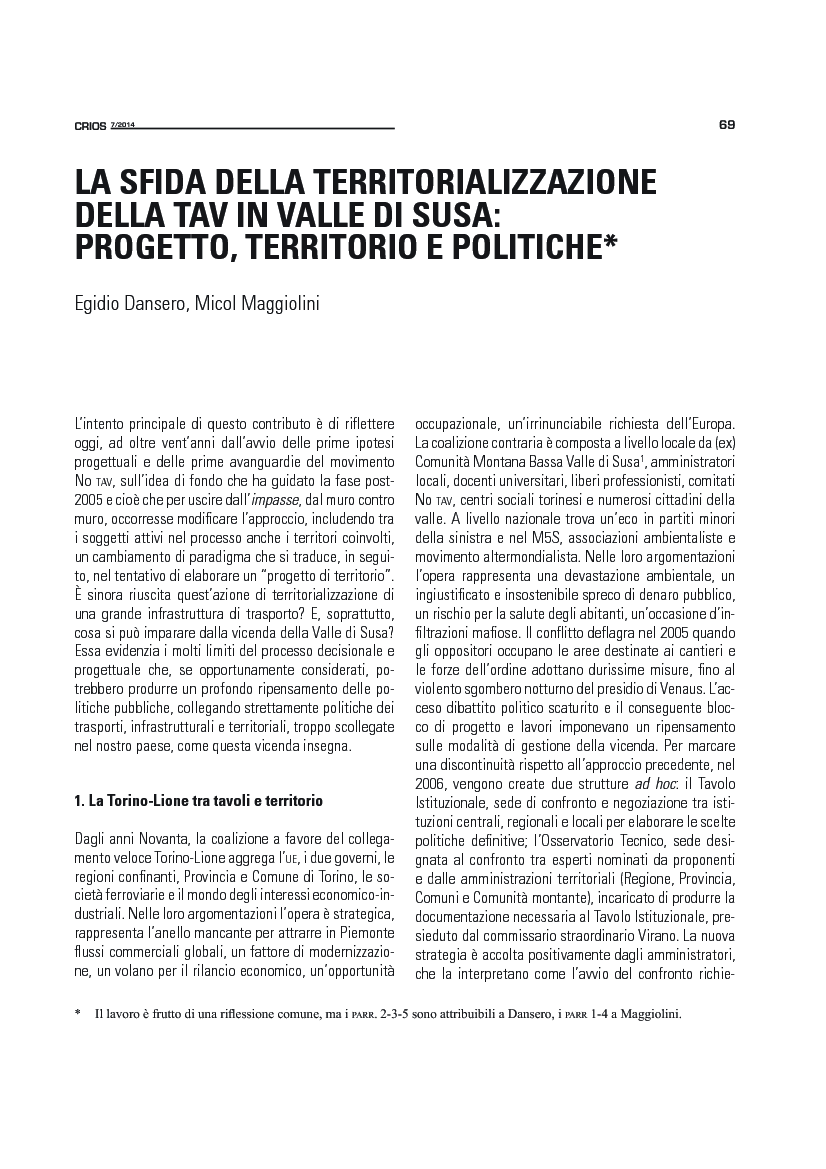