The paper deals with the notion and the experience of the camp, regarded as the main form, as opposed to public space, of our present and future socio-spatial and political horizon. Refugee camps have been at the center of radical historical transformations that have undermined the political existence of entire communities. The birth of the camp calls into question the very idea of the city as a democratic space. If the political representation of a citizen is to be found in the public space, what is found in the camp is its inverse, the place in which a citizen is stripped of his or her political rights, reduced to bare life. In this sense, the camp represents a sort of anti-city. Nevertheless, as the examples provided in this paper show, the camp can be a counter-lab of contemporary urbanity: "in camp" schools and universities, in Palestine, are here presented as concrete ways to refuse unbearable conditions and as means of political struggle. 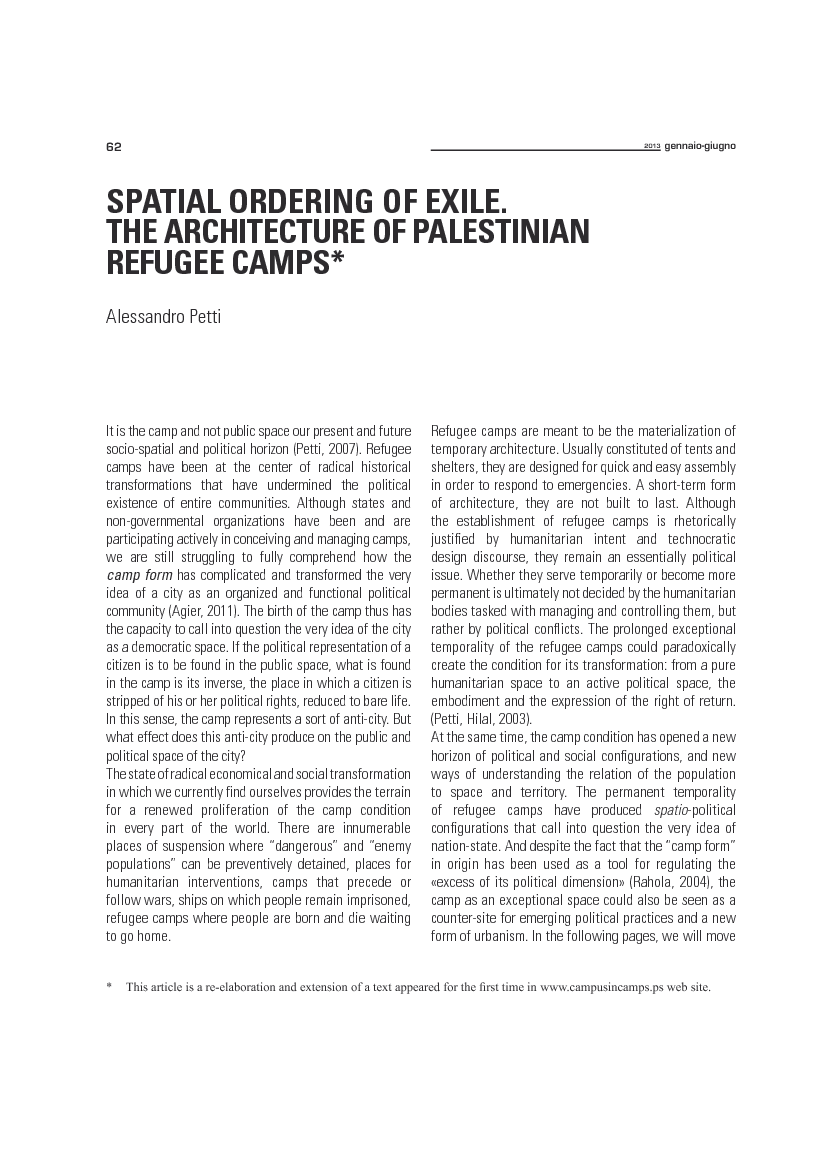