Giuseppe Antonio Borgese was one of the anti-fascist intellectuals who, around the Thirties of the XX Century, let themselves be involved by the American myth. Although inspired by democratic ideals mixed with a profound sense of Risorgimento and libertarian patriotism, he was near the nationalist and interventionist ideology. The decisive turning point in Borgese’s life took place during the years in which the dictatorship and the regime of censorship imposed by Fascism, became ever more alive and dominant, causing him to develop the idea of leaving Italy for the United States. Beyond the contradictories relationships that bound him to the two Countries, Borgese, unable to recognize his homeland to which he was, nevertheless, deeply attached, chose to embrace US citizenship in which he saw a way to reach democracy. In other words, he allowed himself to be drawn into that general problem of unresolved identity, which related him to many other intellectuals of those years. A phenomenon to which the United States opposed a new form of propaganda that allowed to the American myth to survive in the collective imagination of the Italians even after the end of the Second World War. 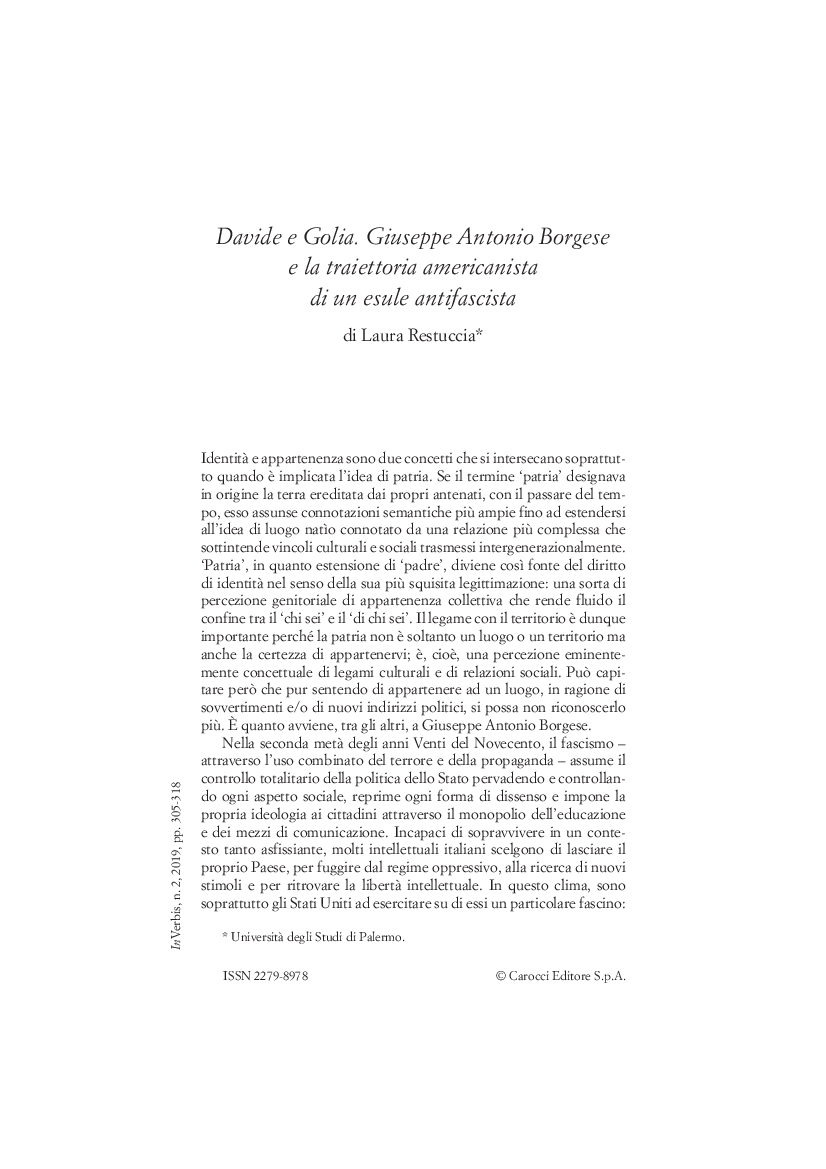