This paper examines the close relationships linking the scholars of Europe in the 16th century. The most of the impulses at the time were emanating from Italy, but this paper aims to show that, contrary to what is commonly supposed, the German-speaking areas, on receiving these stimuli, were also enriching them with their own contributions; and these, in their turn, were then received in Italy, and occasionally contributed to generating innovation that seemed to be actually coming from Italy. Therefore, in these countries a sense of identity was being shaped, an identity that represented the core of a way of thinking that would be exacerbated by 19th-century nationalism, but facts do demonstrate the existence of a pre-national European identity that was particularly strong still in the 16th century. Analysis is carried out in various spheres, including Italian opposition to the Church of Rome, Luther, Calvin; Hermetism and the pharmacopoeia of Paracelsus; the “caseµ of the Emblemata of Giovanni Andrea, etc. 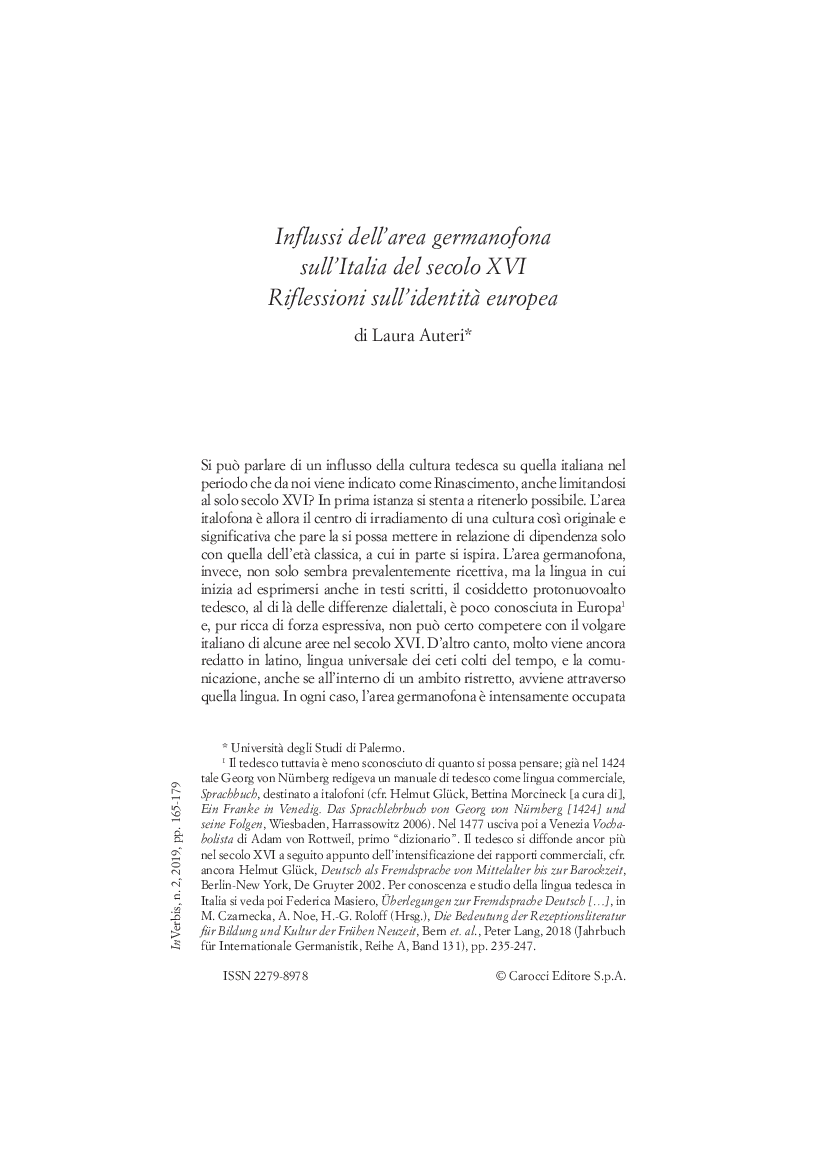