The present paper focuses on some Vedic present formations that are traditionally considered as iteratives. These include the "-áya-"presents with the short root syllable of the type "patáyati" 'flutters' (as opposed to the "-áya-" causatives of the type "pātáyati ' "makes fly, makes fall' with the long root syllable) and the reduplicated presents of the type "bíbharti" 'carries'. I argue that the meaning of these formations should be described as atelic, rather than iterative (although in some contexts the iterative meaning may indeed appear). An atelic action or process, such as "patáyati " 'flutters' or "bíbharti" 'carries', does not suggest any inner terminal point built into the situation ("iterativ-ziellose Bedeutung" in terms of B. Delbrück). By contrast, actions or processes expressed by such presents as pátati 'flies' or "bhárati" 'brings' can be qualified as telic, that is, directed to a certain goal, as suggested by the very nature of this action/process. I will also provide morphological and functional parallels of these formations outside Indo-Iranian, foremost in Slavic (of the type "nositi" 'carry'). 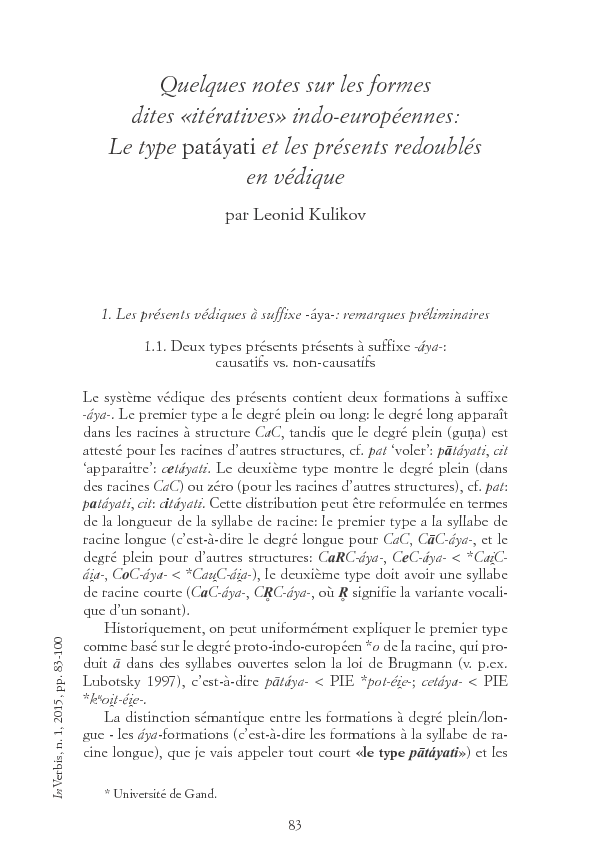