A􀦤mad Ba¨􀆯r al-􀞏Ayla is one of the most prolific and versatile author of Contemporary Palestinian literary landscape. Although he is probably best known for his long poetic career, he is also a journalist, a novelist, a script editor, a radio producer and a short story writer. In 2016 he published his first collection of short stories entitled Al-􀛊abl alla􀚴􀆯 tadall􀆗 min al-sam􀆗’ (The rope hanging from the sky). The stories included in this work are mainly set in Bengazi, which is the city where the author lives since he was a child, and they focus on the tragedy of war and its disasters, first of all the loss and distruction of houses and buildings. In such a tragic context the concept of “houseµ assumes a fundamental role in a both literal and allegorical sense. It becomes the symbol of identity, family, homeland, something that people has lost and want to regain at any cost. Through the use of a rich, figurative and icastic language, the stories narrated by A􀦤mad Ba¨􀆯r al-􀞏Ayla make the reader reflect on the orror of war and they also remind us the importance of memory as the only antidote against war atrocities 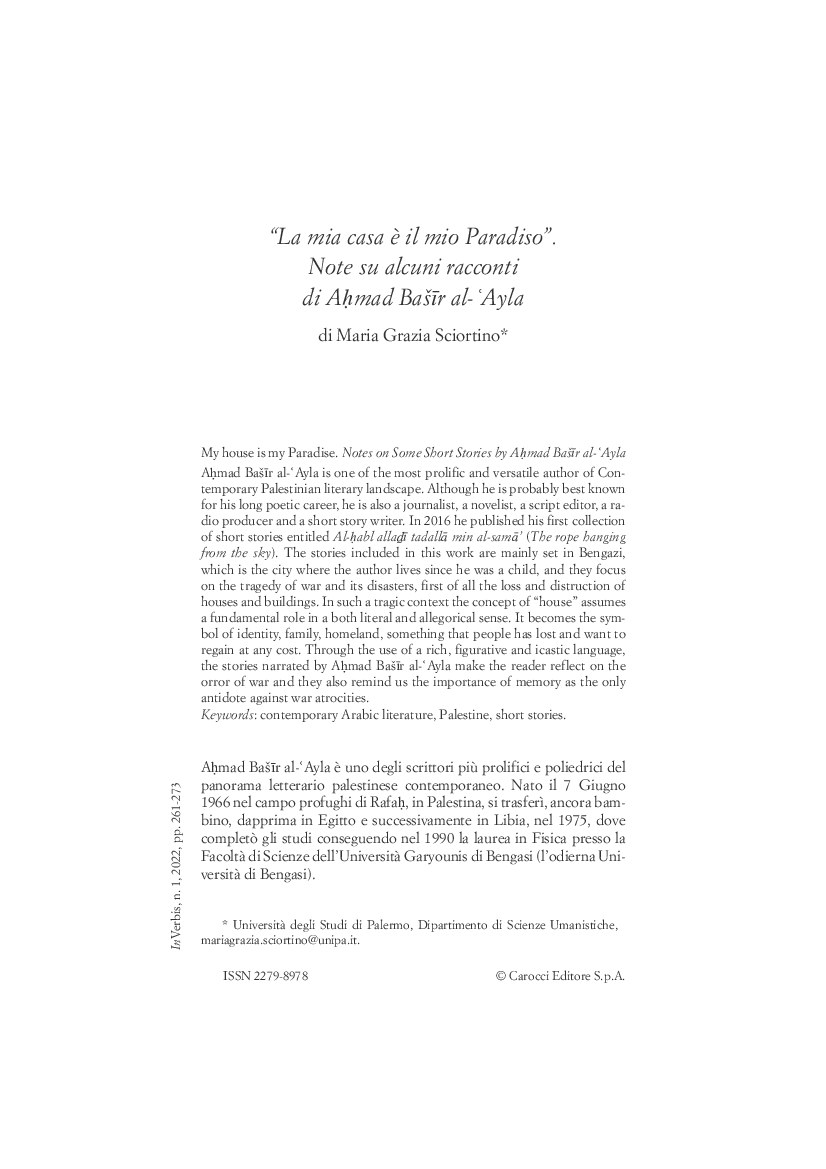