The reception of Roman law in China is a long-lasting process which begins to develop around the end of the 19th century. While, initially, references to the Romanist legal tradition can only be found in the works translated or written in Chinese by Western missionaries, mentions of this kind subsequently make their appearance inside works directly composed by Chinese authors, and are eventually inserted even in late Qing governmental documents. Although few yet remarkable studies on this topic have been carried out (Fei 1994, Wang 2002), several aspects of this process are still unknown or little studied. Such is the case, for instance, of the role played by late Qing literati who included in their writings concise but precious information on Continental law. By analyzing the writings of three of the most eminent intellectuals of that time, this paper aims at shedding some light on how these documents contributed to the introduction of the Romanist legal science and, consequently, to China’s choice to adhere to the Romanist legal family. 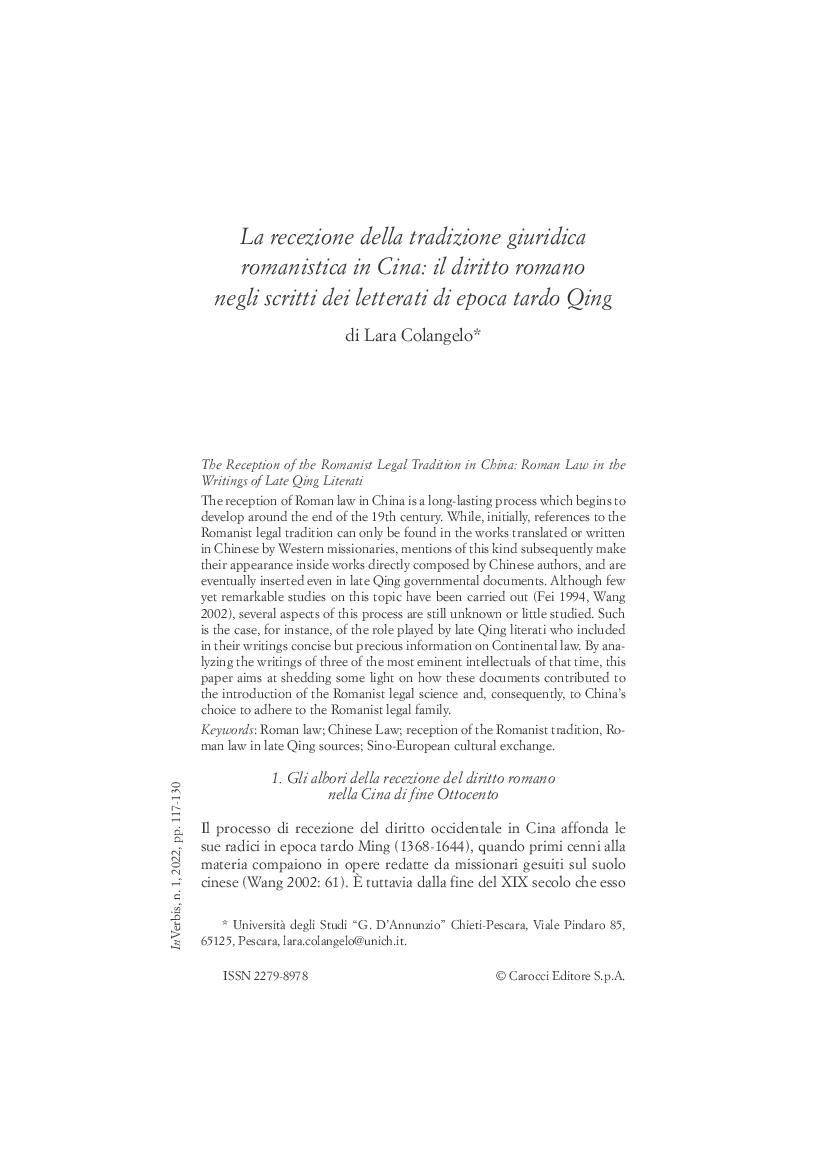