This essay deals with Brendan Kennelly’s commitment to the dramatic revisitation of three classic Greek tragedies: Antigone, Medea and The Trojan Women. Kennelly’s versions of these plays were written and performed in the last decades of the XX century, and later republished as a trilogy in 2006. Both the originals and Kennelly’s versions dramatise timeless human dilemmas, as relevant now as they were in ancient times and they all focus on women whose lives are torn apart by war, family conflict and despotic regimes. The aim of the essay is to show how Kennelly’s rewritings, here treated as literary texts and not as performance texts, differ from those of other Irish authors, both of those who reworked the same ancient Greek tragedies at the end of the XX century, as he did, and of those who reworked them at the beginning of the XXI century. Kennelly offers here a modern (re)reading of three classic ancient plays that have handed down their universal messages throughout the centuries. He filters these messages through the perspective of an author rooted in and mindful of the Irish historical experience, with a particular sensitivity to the psychology and destiny of women seen both as victims and as social heroines. At the same time, he conveys a message he soon conceived then perceived as universal when, in 2006, he decided to collect the three plays in a unique volume. Meanwhile, the simultaneous publication of a collection of poems entitled Now (a title clearly echoing that of the trilogy: When Then is Now) is a further proof of the loud echo spread by the ancient Greek tragedies into the author’s more recent poetic inspiration. 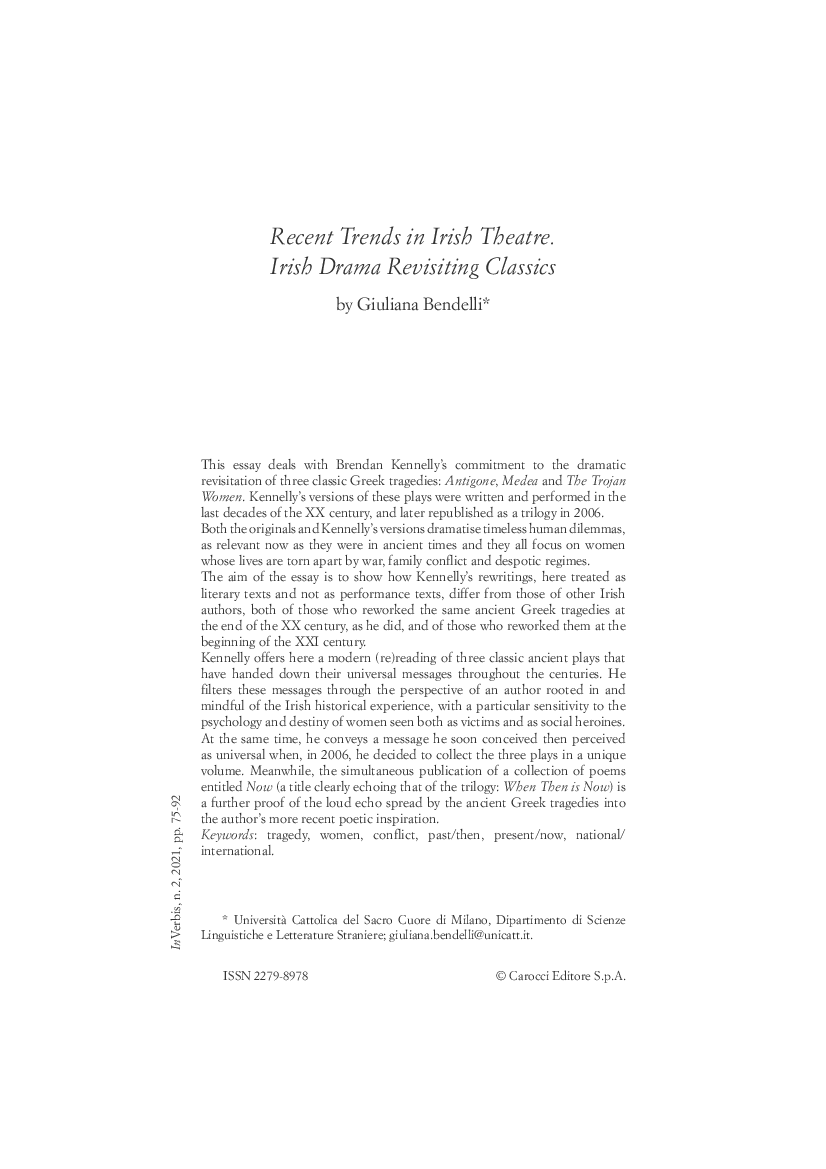