In this article I offer, as a critic and commentator, some reflections on how in writing predominantly about class and capital, I endeavour to articulate how I apply, locate, differentiate and express myself analytically, argumentatively, theoretically, and methodologically within an intellectual tradition of writing about modern and contemporary Irish theatre, where there is now an abundance of scholarship, presented from multiple viewpoints.As an individual subject with a past, in a particular cultural and socio/ political timeframe, there is no singular consciousness, but deliberative, contradictory and rival consciousnesses, and an array of or a palimpsest of different identities/subjectivities. Rather than categorising my critical perspective as singular, uniform and coherent, I see it as a palimpsest-like process, shaped by multi-locationality, multi-perspectiveness and polyvocality – following Brah’s discussions in relation to a diasporic consciousness. Effectively this viewpoint is the consequence, and condition of me taking up consensually, passively, unconsciously, assertively and coercively, several subject positions, marked by the innumerable transactions, intersections and vectorisations of different types of capital – economic, cultural, social and educational 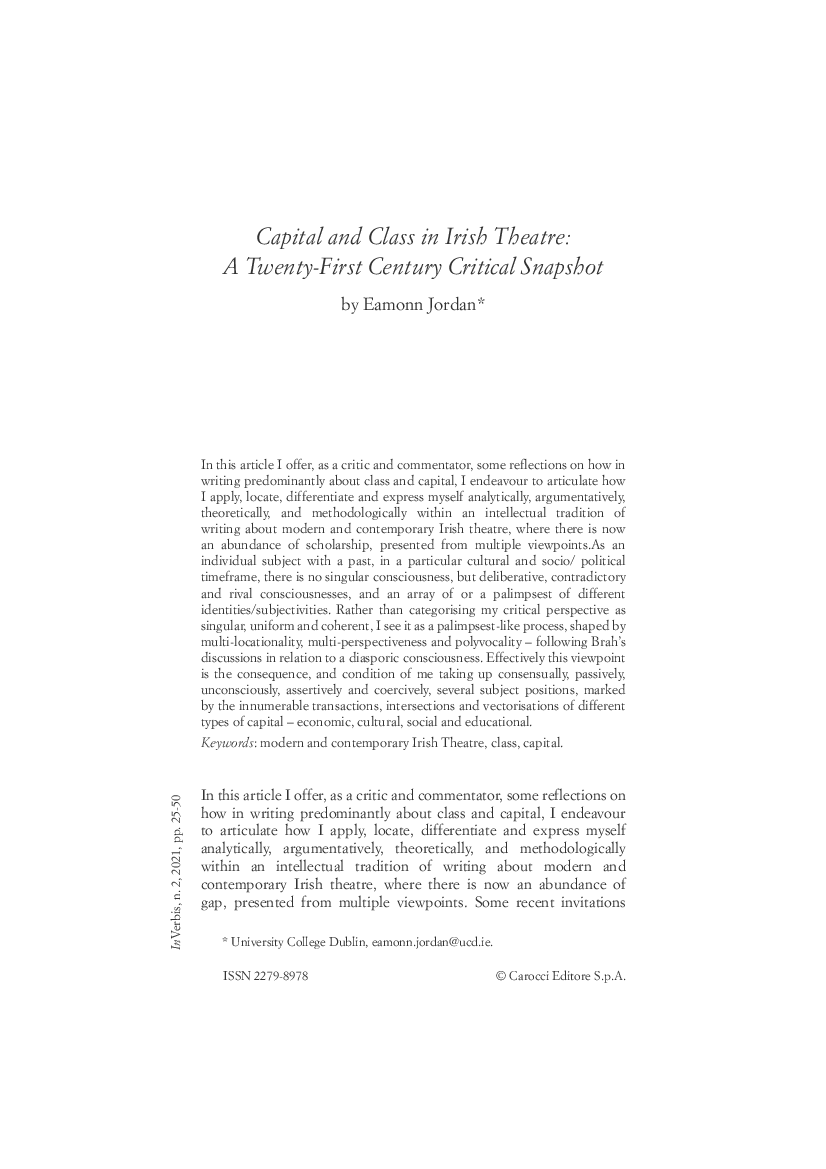