The paper presents a study of the party positions in the Italian Parliament based on an inductive approach to the parliamentary debate and votes of investiture on the two governments led by G. Conte (2018-2020). Through a content analysis of the parliamentary debate on the votes of investiture of these two governments, a survey is provided of the political themes tackled by the government incumbents and by the main Italian parliamentary groups. The scope of the research is to assess the alignments of the Italian parties after the decline of the traditional left-to-right cleavage and the rise of the populist trend. Firstly, the multidimensional character of the space of competition is highlighted. The findings show, secondly, that the party alignments are affected by the interplay of the Supranational Dimension (European integration) and of the populist “moodµ, on one hand, with the State capacity to provide services and guarantee rights, on the other. Finally, it is argued that the emergence of a multi-polar pattern of competition, and the positioning of populist parties in the alignments have hindered the reduction of the polarization of the Italian party system. 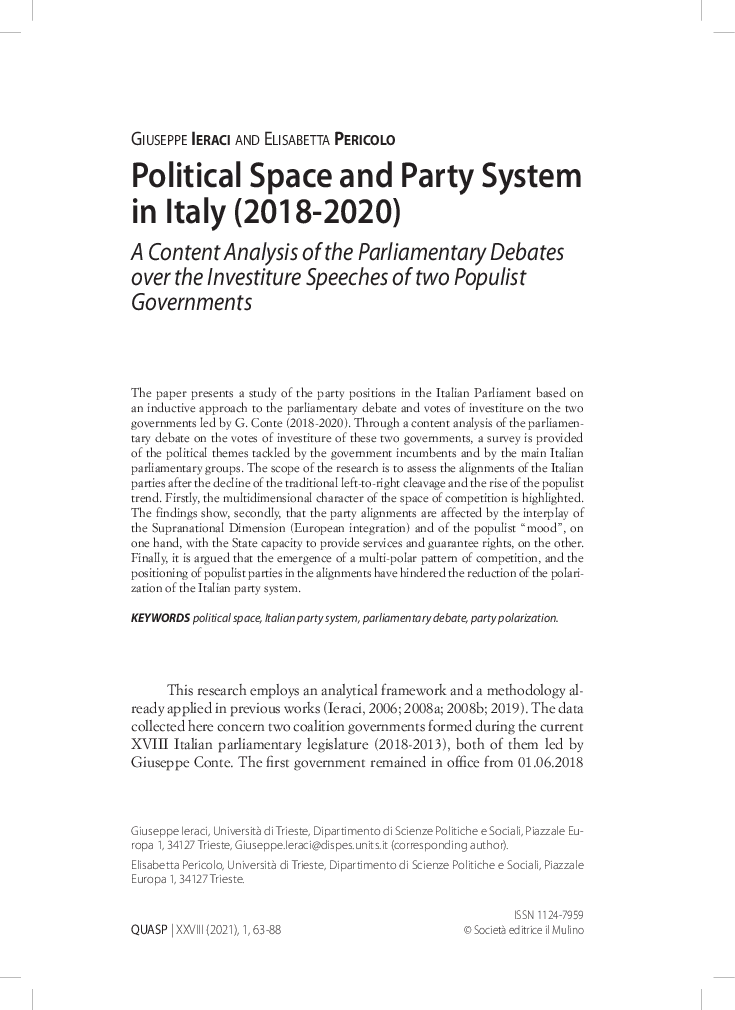