In Aristotle’s Politics, there is no specific discussion about consensus, understood as an act that founds and strengthens the legitimacy of political authority. It is possible, however, to understand how, for Aristotle, consensus may be reached by examining the means he considers that make it possible to avoid or hold off dissent. Peter of Auvergne’s two influential commentaries on the Politics followed this path and elaborated a broad notion of consensus, one that incorporates fundamental views of the ethics and politics of Aristotle. 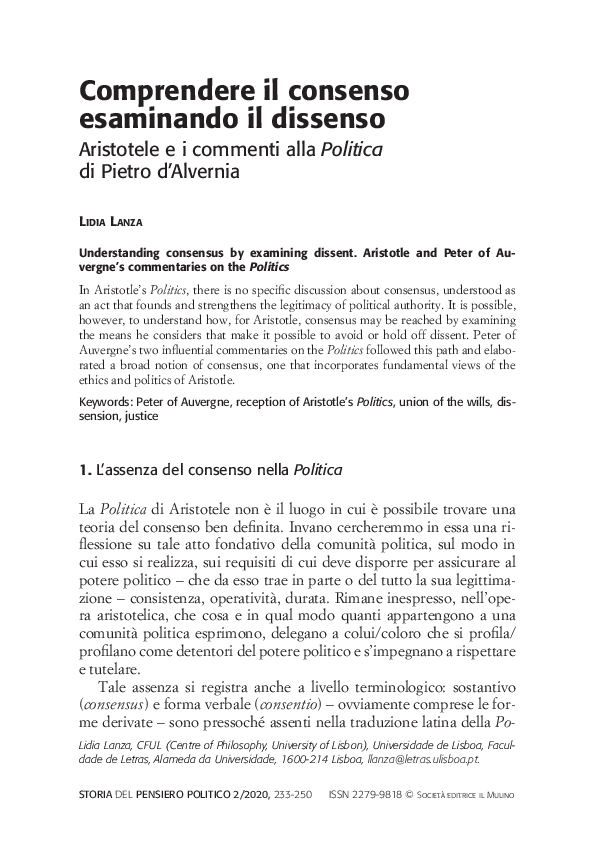