The aim of this essay is to highlight the philosophical-political aspects of Montinari’s thought through an analysis of the «Nietzsche dimension». In Montinari’s interpretation of Nietzsche such a locution has two meanings. Firstly, it specifies the general interpretation of Nietzsche given by Montinari, and the legacy of the German philosopher. Secondly, it indicates a political habitus expressed through the radical critique of any foundation and the opposition to any orthodoxy. Thus, even if it is difficult to speak of Montinari as a political philosopher tout court, nonetheless it is important not to ignore the philosophical-political aspects of his work, frequently neglected by the prevalent consideration of Montinari only as a philologist. 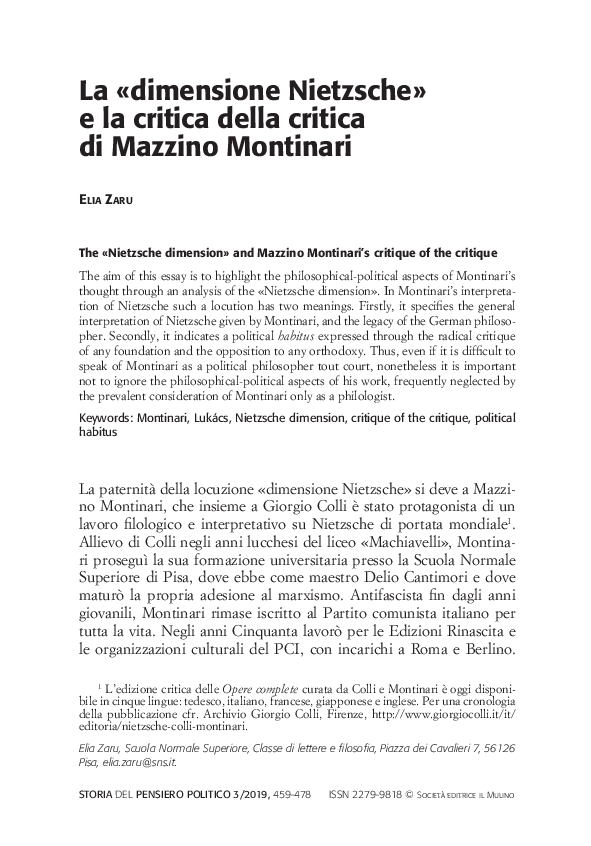