The essay is aimed at highlighting the presence of Hobbes, in sometimes explicit, sometimes implicit terms, within the Marxian path. Reference will be made to the early Marxian texts, in which the reference to the "bellum omnium contra omnes" frequently refers to the representation of bourgeois society with its conflict between individuals and classes. But the analysis will focus mainly on the first book of "Capital", with the deconstruction of the person as a mask of certain class interests, in the double face, economic and legal, of the question. It will be shown how the Marxian position is configured not "sic et simpliciter" in the name of an unbridgeable distance compared to Hobbes, but as an immanent critique that, with an anti-theological charge, assumes the radical demystification of any idealized anthropology to delineate an irreconcilable path with the Hobbesian one. 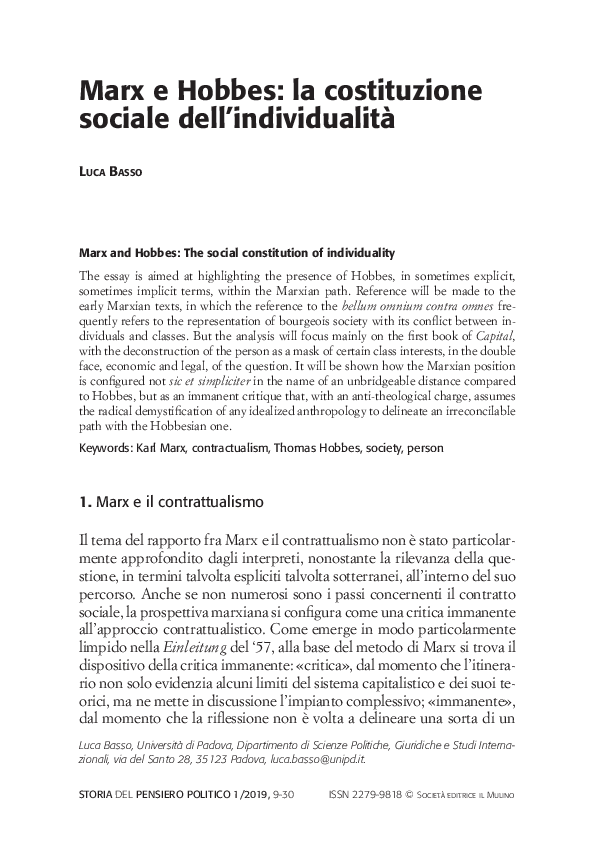