"Considerations on the Principal Events of the French Revolution" was Germaine de Staël's political testament. Published posthumously in 1818, the book offered a selective and provocative interpretation of the Revolution, making a clear distinction between the principles of 1789 and the ideas that had made possible the Terror of 1793- 94. It eventually came to be considered as the Bible of a new generation of French liberals. They embraced Staël's argument that the Revolution had not been an accident, as Burke and others had claimed, but had, in fact, been prepared by a long series of events and factors with deep historical roots. The essay explores the reception of Staël's book in liberal circles, with special emphasis on two prominent journals such as the «Archives philosophiques, politiques et littéraires» and «Le Globe». In particular, it focuses on François Guizot and Charles de Rémusat's intellectual dialogue with Madame de Stael and her account of the Revolution. 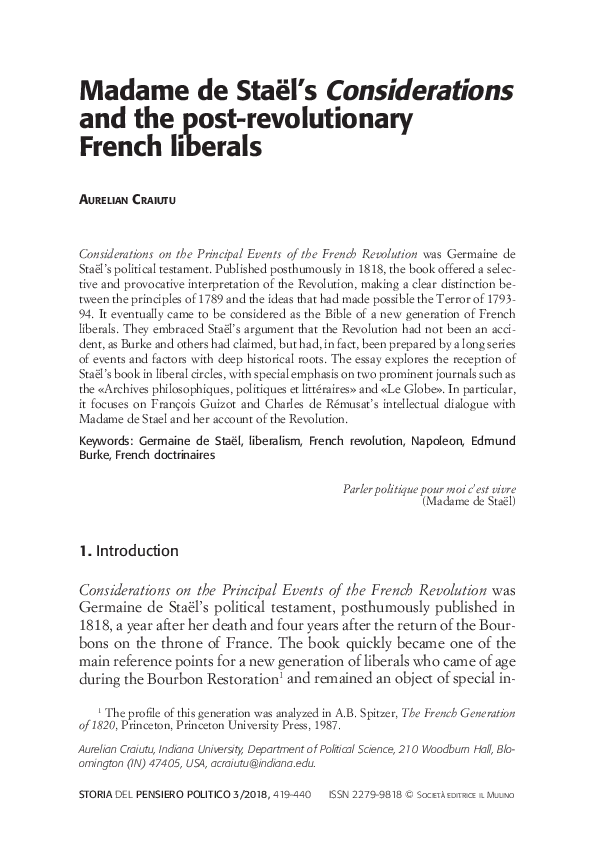