The French Revolution tipped the distribution of powers in favor of the legislative power and the idea of «representation». After Necker, Madame de Staël looks for the way of a government which is not confined to executing the law, but enjoys autonomy of conception and action. She advises her mistress, Louis de Narbonne, minister of Louis XVI, for an English Prime Minister. She then tries to intervene on the drafting of the Constitution of the Year III, supporting the moderate party in this sense. She wants a government with a suspensive veto and the right to dissolve the legislative power. The Fifth Republic of 1958 (foundation) and 1962 (direct election of the president by universal suffrage), as well as the current constitutional debate, confirm the French continuity of a preoccupation: how to preserve the eminence and the authority of the State while in assuring the responsibility of the government, distinguished from the head of state? Madame de Staël contributed to this perspective and encouraged Benjamin Constant in this way of thinking. 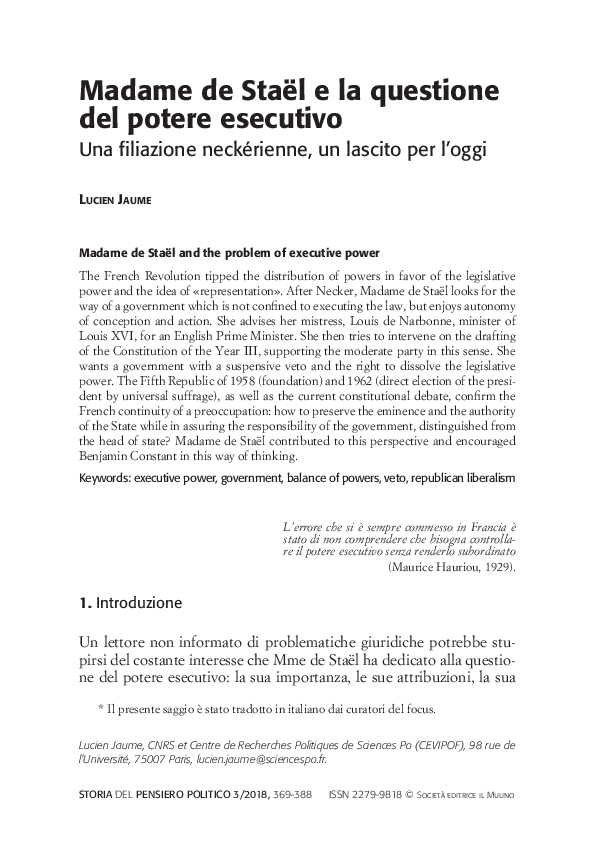