Gramsci's "Prison Notebooks" contain a wide research on «national popular literature ». In this paper the question is raised if, despite the absence of any explicit discourse on «national popular philosophy», this category needs to be introduced in order to think the «philosophy of praxis» in a coherent manner. It is argued that the reason for the absence of this notion is the risk of the nationalization of philosophy, as it occurred during WWI. Such nationalization revealed, in any case, some features of philosophy which are central to the philosophy of praxis as well: its link to a specific ideological milieu and, in last instance, the unity of theory and praxis. Hence, the indispensability of the notion of «national popular philosophy». 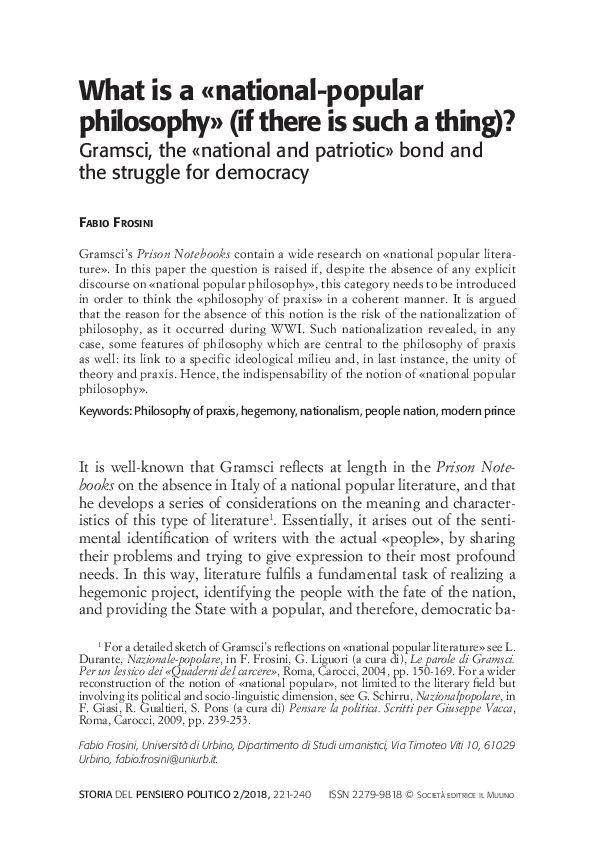