The interpreters and the scholars of international relations have neglected, until today, David Hume's deep interest in international politics. In Italy, his figure of diplomat and theorist of international relations has remained almost unknown, for both the non-translation of his correspondence, war and travel journals, and the critical attention mainly received by Hume as moral philosopher, metaphysician and founder of the modern science of man. This essay aims to fill this gap, reconstructing Hume's diplomatic experience. The Scottish philosopher held important institutional roles, as general St. Clair's secretary, judge-advocate, embassy secretary to the courts of Vienna and Turin, "chargé d'affaires" at the British embassy in Paris and under-secretary of State in London. This paper focuses on the key themes of his original theory of international relations: balance of power, international legal order and commerce, and the centrality of the concept of nation. 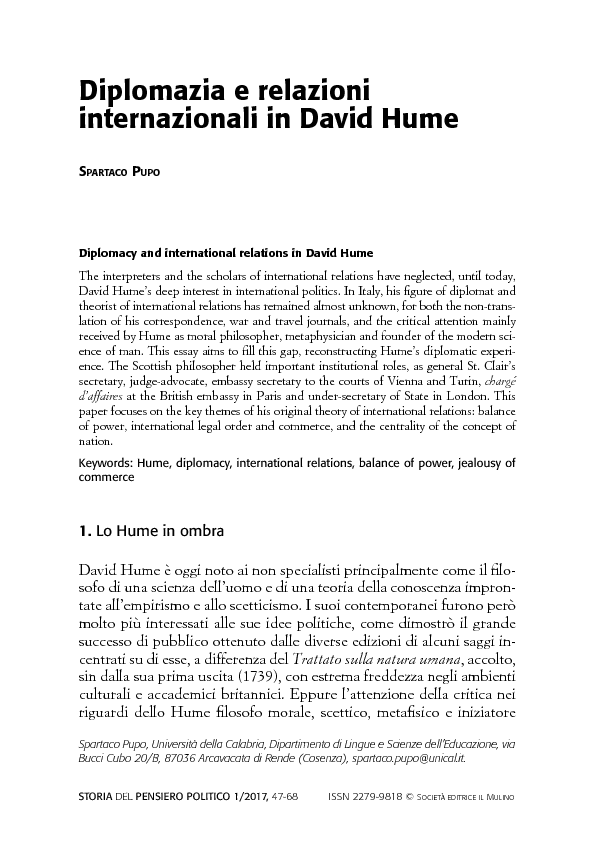