This paper explores the connection between politics and economy in the Renaissance philosopher Nicolò Vito di Gozze (1549-1610). Often represented as a forerunner of economic liberalism, Vito di Gozze's work mixed Platonic and Aristotelian perspectives, developing a new conception of market economy which reevaluated the acquisition of wealth as an aspect peculiar to this economic survey, in contrast to the Greek and Medieval vision of subsistence economy. Economy is detached from the traditional conception of the administration of the house, and it is subordinated to politics, whose primary objective is the commonwealth and not, as in a liberal economy, the individual interest. Politics became more and more involved in the task of rethinking economy: subtracting from the family the role of managing richness and wealth and establishing a new form of political economy as an extension of traditional politics, not an expansion of economics. 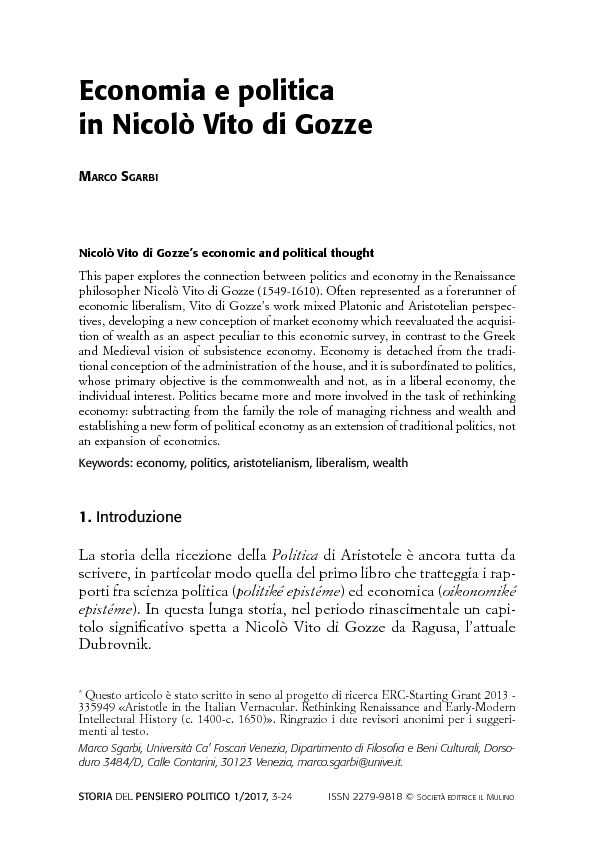