In this essay I would like to put to test the hypothesis that the late XVIth century dispute about religious freedom between Dirk Coornhert, the Dutch champion of toleration and morality, and Justus Lipsius, the the neo-stoic defender of reason of State, introduced a fracture within Dutch political humanism, even though both authors are considered to share humanist ideals and perspectives. More precisely, by comparing Coornhert's charges of «machiavellianism» towards Lipsius with his answers to those accusations, I will try to demonstrate that the Erasmian tradition of a moral politics - rooted in Erasmus' anti-Machiavellian treatise "Education of a Christian Prince" - suffered a great shock by the publication of Lipsius' "Politicorum Libri sex", above all because of its reception of Machiavelli's thought. 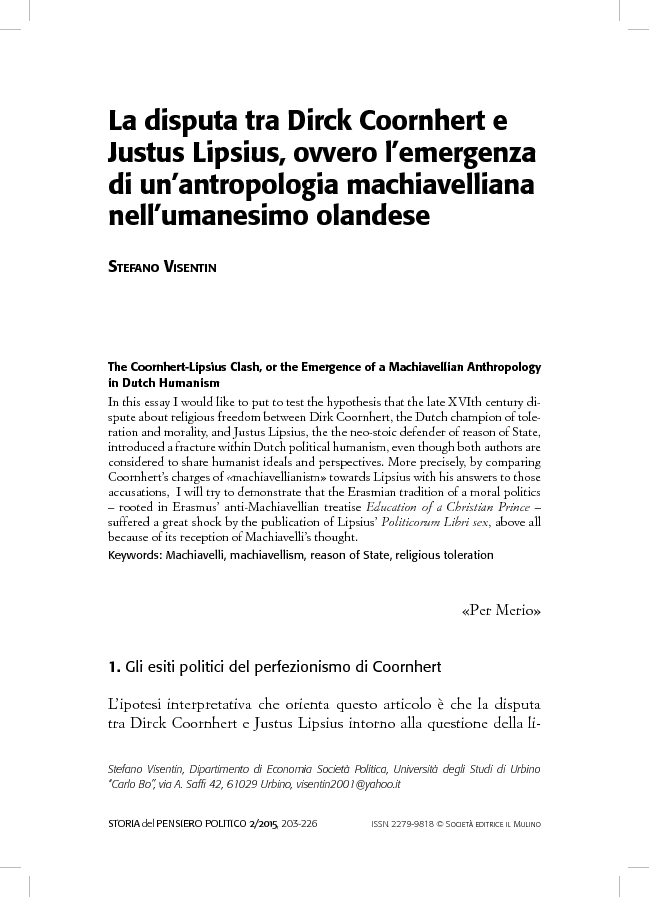