During its development, the process of European Integration has certainly shown both the formation of coalitions and the creation of cleavages between the governments of the member states. Nevertheless, a rigorous study of the continuous redefinition of these internal divisions has not been yet attempted, especially in comparative perspective. Indeed, by comparing the European path toward a form of economic and political union to the history of the United States it is possible to drive some interesting element of analysis. In fact, still at the beginning of the Twentieth Century, the United States has been resembled to a "Union of potential nation" and the very geographical morphology has been paralleled to that of the European Continent. Moreover, during its history, the US federal system has constantly faced a great number of challenges due to the clash between political interests deeply rooted in regional cleavages. Starting from the reflections of the most important scholar of American sectionalism Frederick Jackson Turner, this essay aims at laying the foundations for a new perspective in the study of the European political and institutional development. An approach which should pay more attention to the regional developments of the European political divisions. 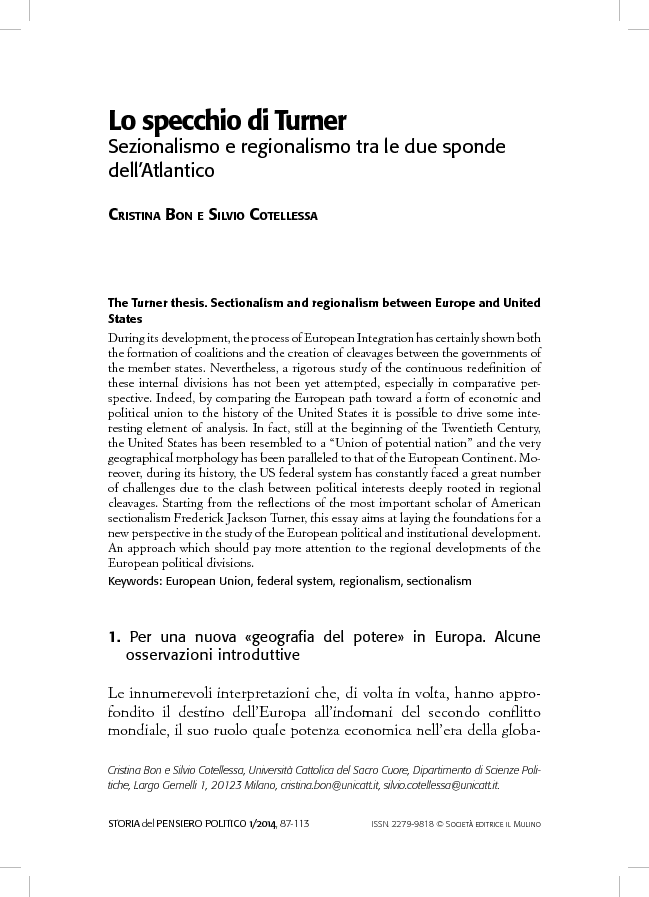