This paper is focused on the evolution of Germany's role within Europe. According to a controversial historiographical theory, Germany has followed a «special path», i. e. a unique social, political and cultural development, distinct from the western democratic countries. German-speaking lands have been borderlands for centuries, characterized by their position in the heart of the continent, including several cleavages, and by a federal structure. Between 1949 and 1989 the German Federal Republic's foreign policy was based on the European integration and on the Atlantic alliance, but Germany progressively imposed its leadership. Since reunification Germany is experiencing a new kind of «normalization» and it acts for its own national interests which are not necessarily congruent with European ones. «German question» seems to be back. 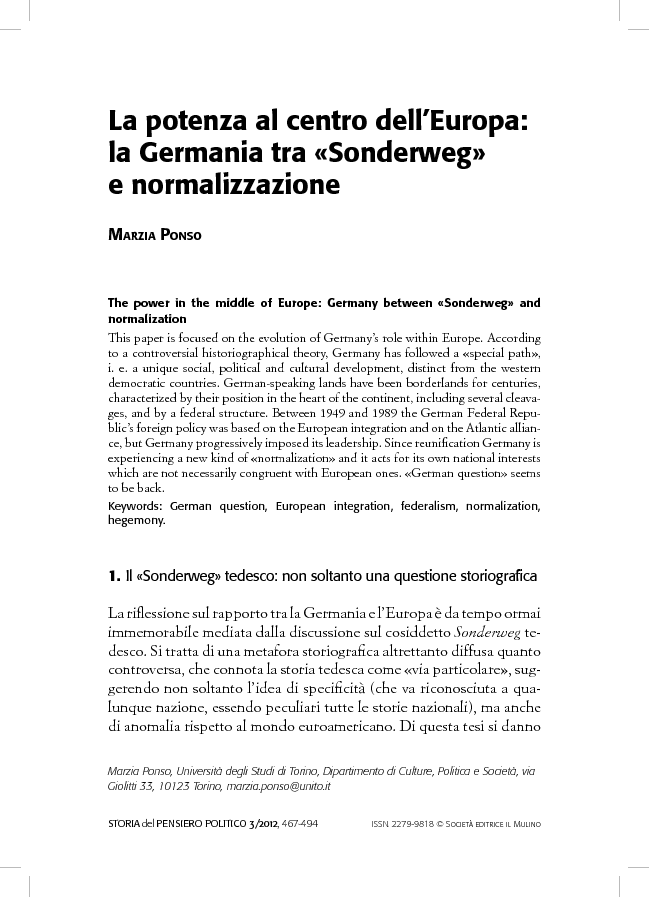