This article discusses some of the main studies that dealt with dystopia in the last few decades. In the 1980s the debate on totalitarianism drew the scholars' attention to the dystopian tradition, as it was widely considered a precious perspective to approach the totalitarian phenomenon from different lines of thought. The visibility gained by dystopian literature also called to the forefront the relationship between utopia and dystopia, favouring on one side the adoption of conventional, shared criteria to tell dystopia from anti-utopia, and, on the other side, prompting a discussion on the differences and similarities between dystopia and science fiction. Historiography rose to the challenge of reconstructing the dystopian tradition, with several attempts to investigate the historical and political context that shaped it, or, alternatively, the literary models that inspired it. 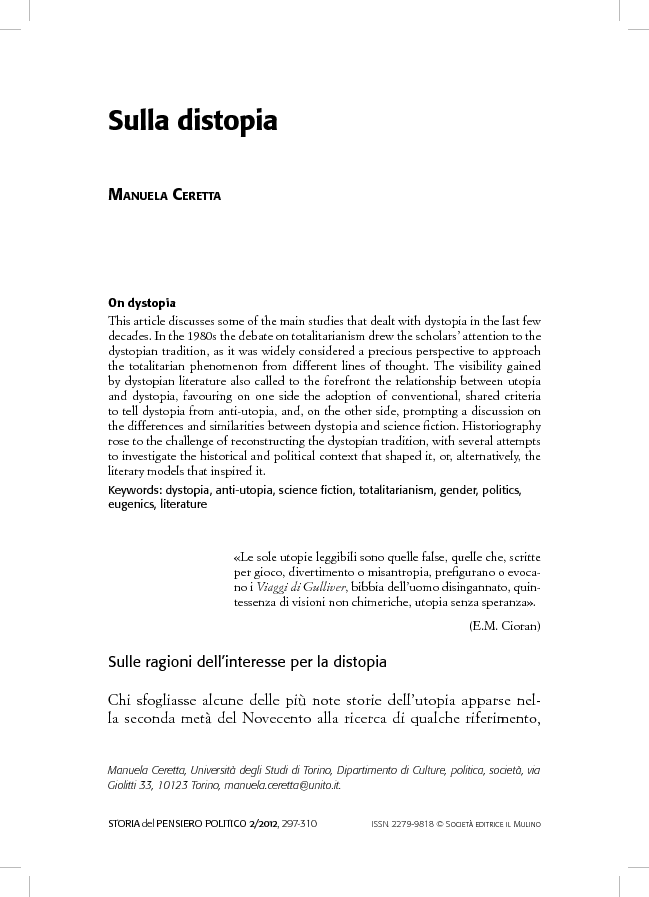