This essay aims to present a preliminary survey of different systems of exception in late medieval political and cultural life. Exception used to seem a useful and necessary tool in the application of the law in order to preserve the law itself by suspending it in particular cases. On the other hand in the late middle ages, both theological and political thought - from the juridical notion of privilege through ecclesiastical debate around the nature of papal dispensation, to the very essence of miracle - justified the use of the exception in order to realize a new political system, legally unbounded, leaded by a divine virtue, like piety or compassion. In the Italian regional states, for in- stance, the strength of the exception laid in his capacity to individualise the relations between the prince and the single subject. The models of this form of government rooted in a complex tradition of pastoral care and ecclesiastical «economia» as a «measure» of individual necessities. 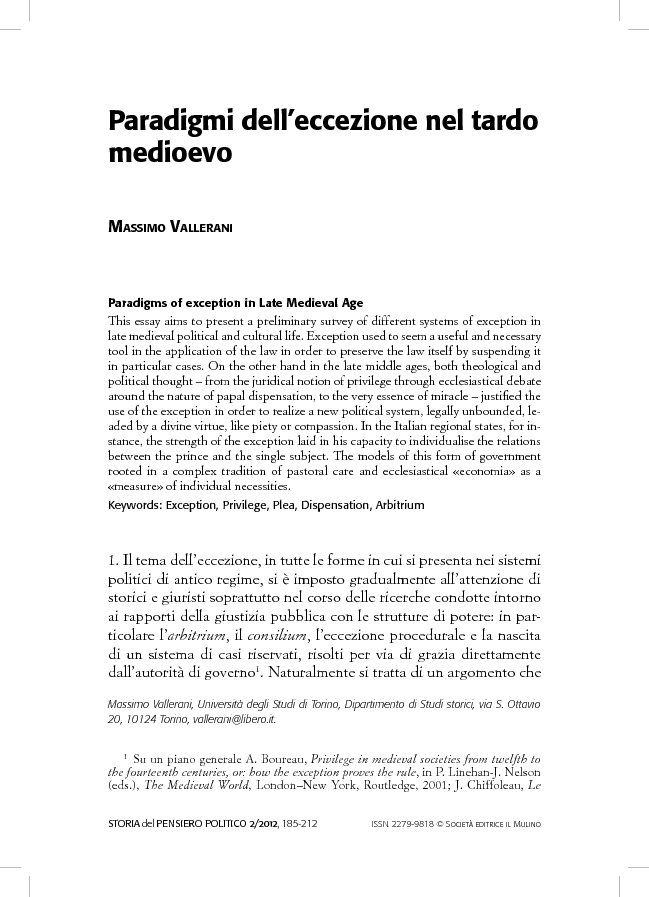