The Author reconstructs the political reflections of Antonio Gramsci and Piero Go- betti in the second half of 1924, after the assassination of the socialist leader Giacomo Matteotti by a fascist band. Gramsci thought not only that there could be no legal solution to the political crisis, but also that the other anti-fascist political leaders and their parties were «semi-fascist» and that their democratic projects should be oppo- sed by communists. In his opinion, the aim of the Italian Communist Party should not be democratic pluralism, but the conquest of political and social power, following the example of Bolshevik Russia. Gobetti, starting from Gaetano Mosca's theory of «political class» and from Luigi Einaudi's apology of the «beauty of conflict», thought that Italy needed a «liberal revolution» based on social struggle «from below» and perpetual competition between political élites. According to him, all the antifascist forces, from Popular to Communist Party, in this perspective, were relevant for the future of Italian Democracy. 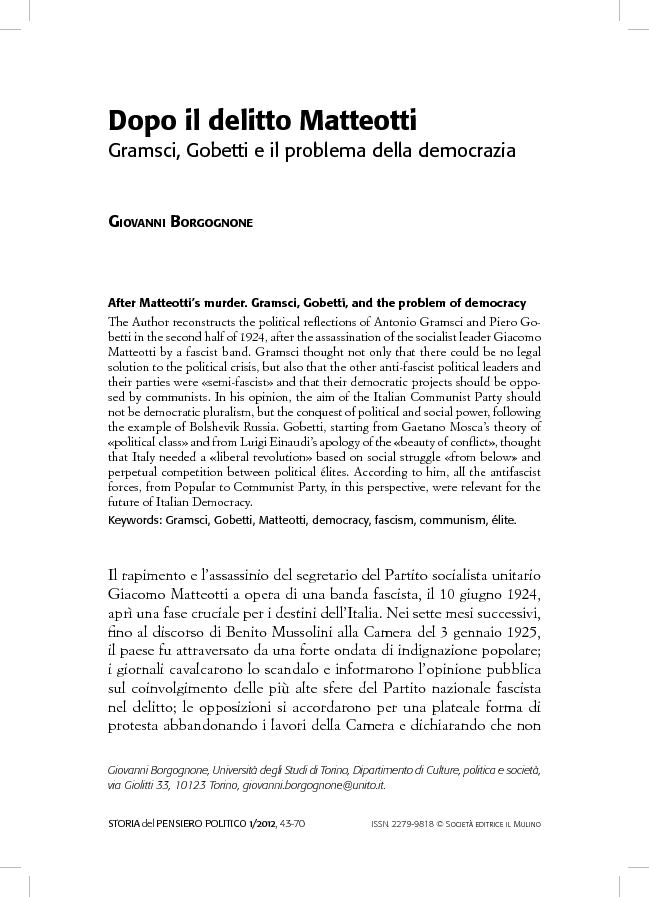