The history of property is depicted by the Author as a sequence of theories both justified from a religious perspective and elaborated in the realm of secular speculation, whereby a specific fact, or an idea, related to a set form of the proprietary relationship, is turned into a theoretical value. He provides, since the first pages of his reflection, a tight criticism to the proprietary individualism, seen as proprietary model and a methodology of using goods whose universal significance has to be dismissed, in favor of an historically bound approach. After a well-developed historical description, the work focuses on the criticism to wild capitalism, where a primary role is played by social teaching of the Catholic Church, whose main aim is to mitigate the effect of private property on the common good. In the Author's perspective, in order to reverse the approach of the capitalistic "theology" (replacing a universal destination as ontological justification of the proprietary system in lieu of the proprietary individualism, a change of paradigm becomes necessary. Such change of paradigm, though subject to further questioning, is thought as a "conversion of the heart", so that social care may prevail over "amor habendi". 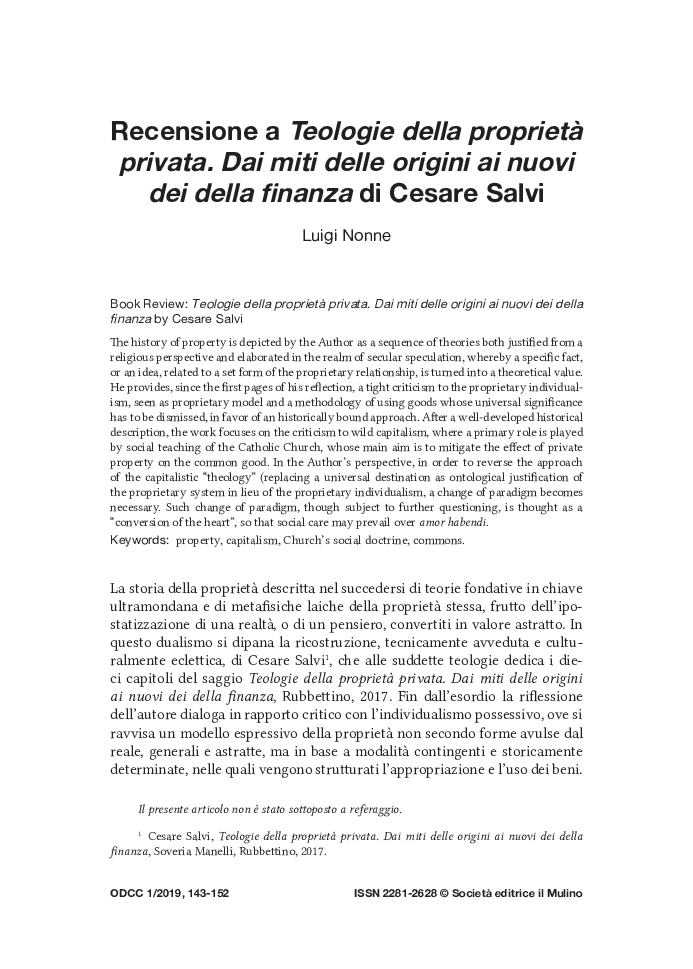