The ABF is an alternative dispute resolution («ADR») system concerning litigation arising from transactions between banks and their customers regarding banking services. It represents the most sophisticated form of ADR and probably the most efficient, as has been demonstrated by the increasing amount of decision adopted by the ABF from its foundation in 2010 until now. It is also meaningful that the ABF constituted a model for the legislation adopted on the impulse of the European law and aiming to regulate other forms of ADR in fields related to banking law; particularly it represents the model for the proceeding, recently organized by Consob (so called ACF system), to resolve disputes between non-bank financial institutions and their retail clients as regards the fulfillment of obligations concerning financial services. Therefore, the ABF system has been deeply investigated by scholars. Commenting and reviewing a recent, interesting, book dedicated to ABF (M. Stella, "Lineamenti degli Arbitri Bancari e Finanziari (in Italia e in Europa)", Padova, CEDAM, 2016), in this paper the author reexamines the special features of this ADR system, and particularly, the two most critical issues: (i) if the final decision adopted by this special Court of Arbitration can be considered binding or not; and (ii) if the appeal to the ABF system could represent an effective remedy able to satisfy the need of protection of the customers. 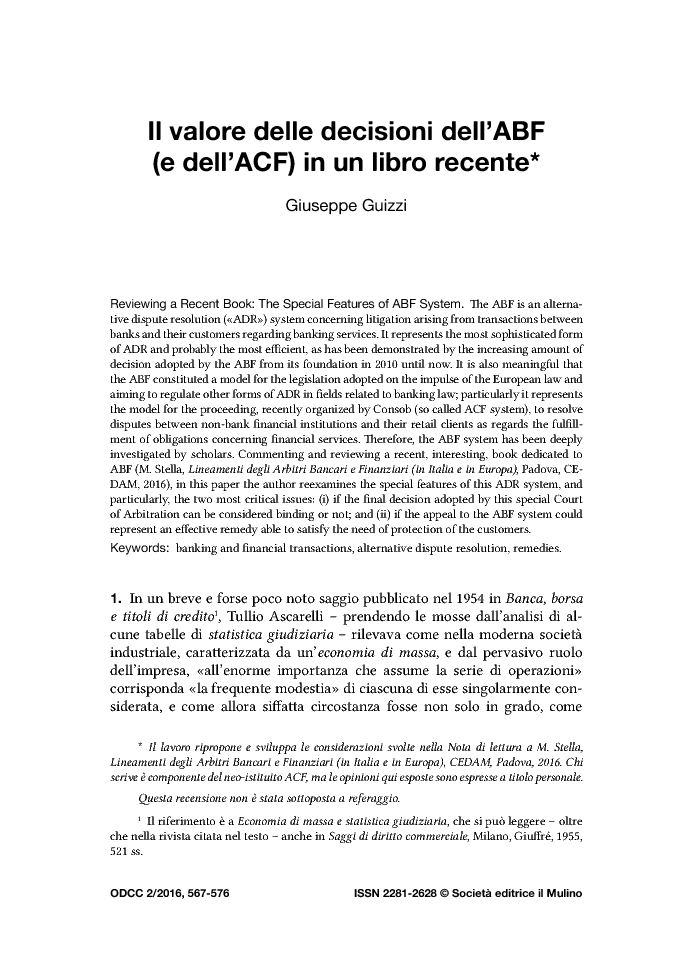