Markets (imagined as) having a natural tendency toward equilibrium, produced the natural law school and the Pandectists. Recognition that actual markets do not move spontaneously toward a natural (and socially appreciable) equilibrium, entails a departure from visions of law as a closed and formally rational system. Starting from this thesis, formulated by Ascarelli at the end of the fifties of the last century, the paper argues that, a few years later, a new way of naturalizing the market was proposed by the neoliberal legal thought (the legal thought inspired by the Economic Analysis of Law and the New Institutional Economics). In the neoliberal view, the market is natural not as it is governed by a natural law of equilibrium, but as it conforms to the ahistorical nature of accumulating human beings. The natural essence of the market is no longer equilibrium, but accumulation. The legal system can then stop worrying about the fact that real markets do not correspond to the model of a market populated by many, small, price-taking firms, and can devote itself to preserving markets as loci where infinite consumers of utility can best fulfill their vocation as insatiable maximizers. This neoliberal perspective is illustrated with reference to the evolution of corporate law and antitrust. In both disciplines, the problems created by the divergence between the ideal model of competition and an increasingly distant reality, are set aside and the growth trend of firms’ market power is no longer seen as a problem, but as obvious consequence of the pursuit of accumulation, sanctified as a natural, universally shared, goal. 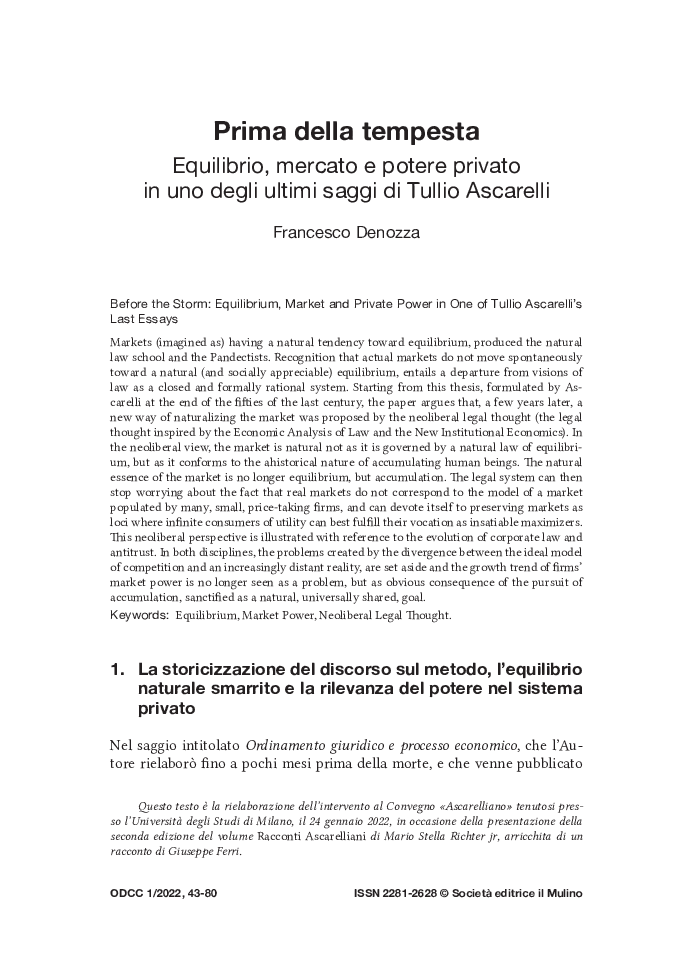